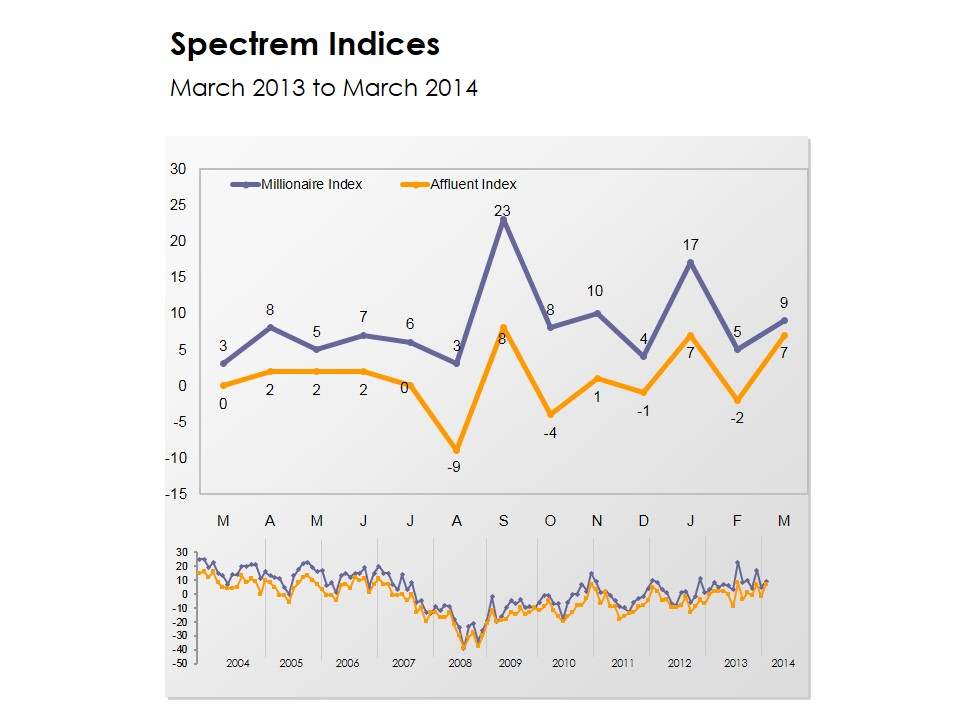 The Spectrem Affluent Household Outcome recovered from a recession in February, surging in March to a near three-year high. The Outlook measures Affluent investor confidence in four financial factors that influence their daily lives. While the Millionaire Outlook was more subdued in March, Non-Millionaires seemed to get rid of the winter blues. The March Non-Millionaire Outlook was at its highest reading since May 2011 and it was the first time in three months that each component posted a positive reading.

Affluent investors are paying less mind to the political climate and more to the overall economy and market conditions, which they consider to be the most serious threats to achieving their financial goals at this time.

The March indices were accumulated as the market's fortunes showed an increase. Going into the final week of the first quarter, the U.S. stock market was up 1 percent, but trading has been more volatile than the start of 2013. But this seems enough to sustain investor’s spirits after a prolonged winter and the developing crisis in Ukraine.

The more positive Affluent mindset is reflected in Spectrem Group’s monthly investment preferences survey in which investors are asked how they intend to invest in the next month. Compared to the previous month, there was a harsh decline in investors who said they would hold on the sidelines, and an increase in those who planned to invest in stocks.