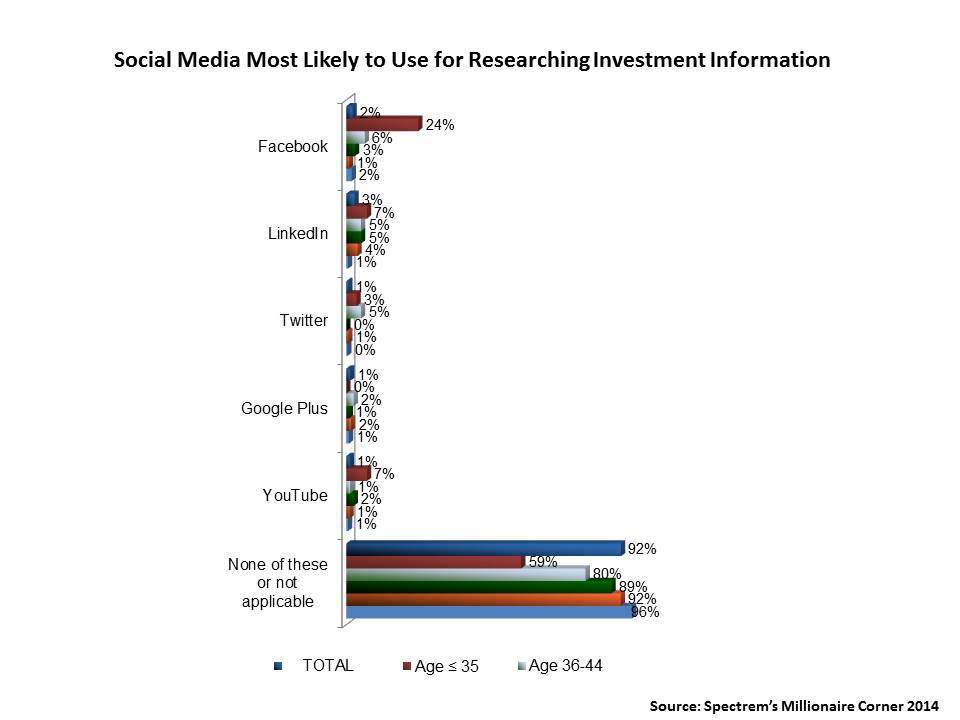 Millionaire users of social media do not seem ready to embrace it as a resource for financial purposes, but wealthy Baby Boomers are most likely to see the possibilities, according to a new Spectrem Group’s wealth level study of social media usage.

Seven times as many Millionaire Baby Boomers (7 percent) also said they would use YouTube for this purpose.

Millionaire Baby Boomers are most likely, too, to use Facebook or LinkedIn (10 percent each vs. 1 percent and 5 percent overall, respectively) to find a financial or investment advisor. Seven percent would also use Google Plus for this purpose compared with a mere 1 percent of Millionaires surveyed.