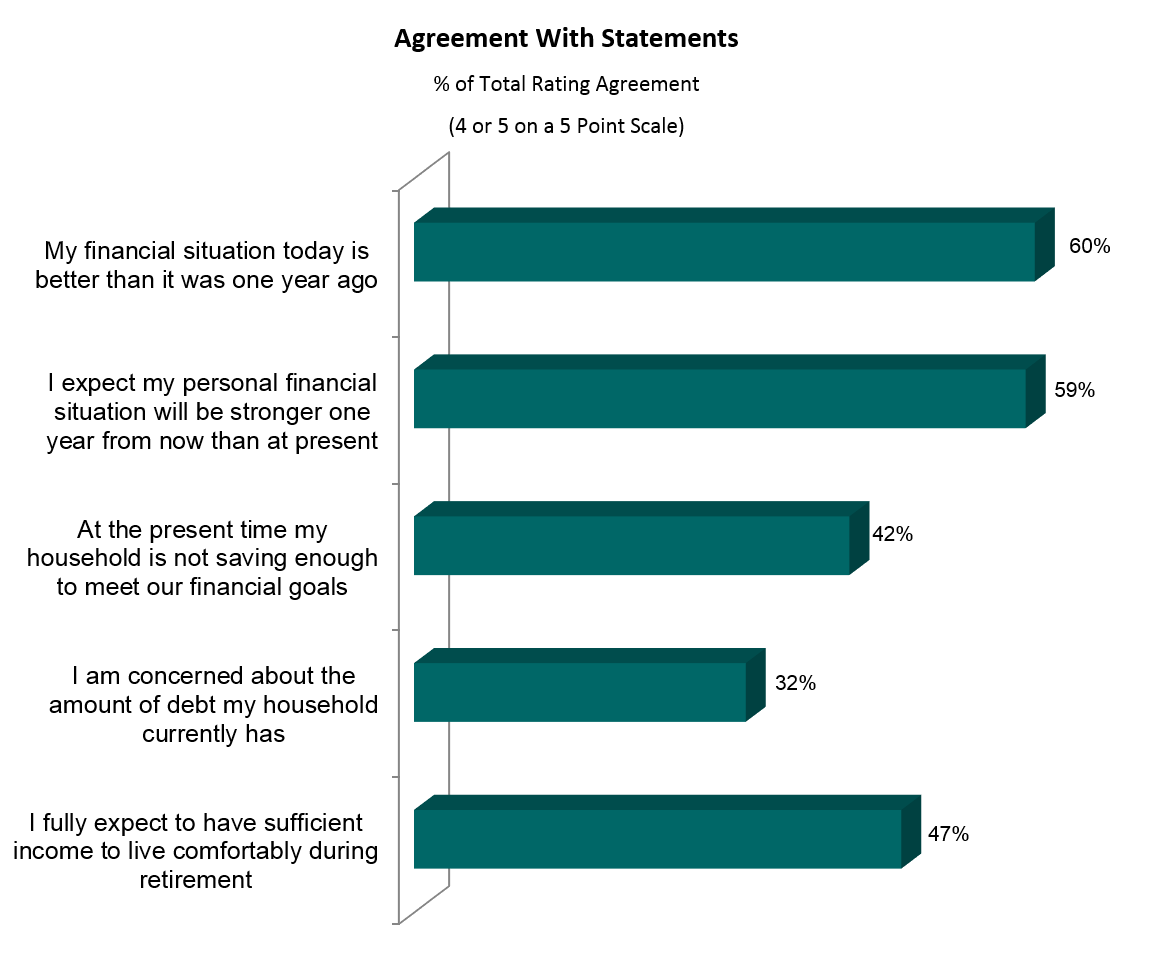 On the other hand, less than half of plan participants are pessimistic about their debt and savings situation. Nearly one-third said they are concerned about the amount of debt the household currently has, and 42 percent say they believe their household is not saving enough money to meet future financial goals.

Almost half (47 percent) say they fully expect to have sufficient income to live comfortably during retirement.

Clearly, too, the amount of money saved provides a better outlook on one’s financial situation. Among investors with at least $100,000 in their retirement plan, 71 percent said things have improved over the last year financially, and 65 percent expect a similar improvement over the next year. Among investors with less than $10,000 saved, only 46 say their situation is better than one year ago and 56 percent expect the next year to be better.

The age of retirement plan participants apparently plays a role in the attitudes they have toward the present and future financial situations. While only 56 percent of investors under the age of 36 think their financial situation is improved over one year ago, 68 percent say they think the next year is going to be much better. Older investors suggest the last year was better for them than the next one will be.