CNBC.COM Sept 25, 2013: What do millionaires know that we don't? Optimism hits high

The Spectrem Group's Millionaire Confidence Index, which measures the investment outlook of the wealthy, reached its highest limit in its 9½-year history. After bumping along in single digits since the recession, millionaire confidence suddenly spiked to 23.

Basically, that means millionaires—those with $1 million or more in investible assets—are poised to move some of their huge piles of cash off the sidelines and into the market. The last time the index hit 23 was when it launched in 2004.

There are three possible explanations. First, the survey was taken before the Syrian flareup or the debt ceiling or the End of Summers. Things may change for them in September. 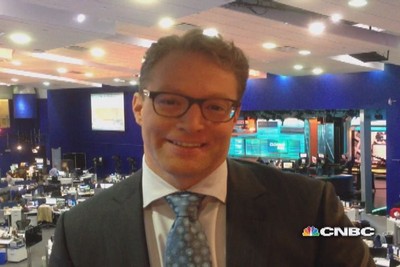 Play Video
When rich isn't rich enough: Robert Frank
CNBC's wealth correspondent Robert Frank dashes the hopes of all those who thought winning a $400 million lottery would get them into the world's most elite club: the super super rich.

"These levels may be difficult to maintain if the market reacts negatively to any Syria issues, the continued political debate in Washington over the government shutdown and the Fed stimulus continuation," said George Walper, president of Spectrem Group.

The second possible explanation is that the wealthy are seeing sunlight through the investment clouds better than the rest of the population. While we may see Syria, emerging-market quakes, government shutdowns and shaky consumer confidence, they see an accommodative Fed, strong housing numbers and strong auto sales.

The third possible explanation is my own. My theory is that the wealthy spent so much time cavorting in the Hamptons and the South of France in August that their brains got sunburned. Now that they're back in the office, we may see a more realistic number in September.