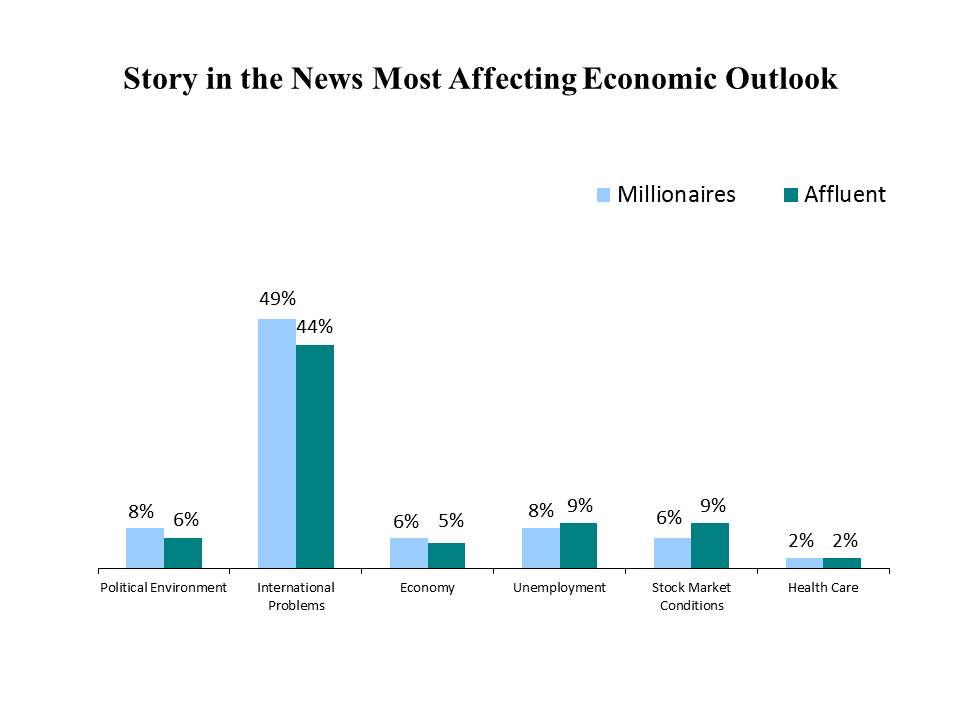 Almost half of Affluent investors (44 percent) surveyed in August by Spectrem Group, report that international events dominate the news stories most impacting their economic outlook. The percentage is even higher among surveyed Millionaire investors (49 percent).

The last time international news had close to this kind of impact on Affluent investors’ economic outlook was in May 2012, which saw in part escalated tension and violence in Syria between government and rebel forces.

International events is the only survey response that increased from three months ago when Millionaire Corner last asked this question of Affluent investors. In that time, there has been renewed Russian aggression against Ukraine, attacks and counterattacks by Hamas and Israel shattering cease fire agreements and deeper incursions into Iraq against the terror group ISIS (this survey was taken before ISIS beheaded an American journalist).

U. S. stocks are in the midst of a five-year rally and have surged in the summer’s final weeks. On Tuesday, the S&P 500 topped for the first time the 2,000 –point benchmark. But earlier this month, when the Millionaire Corner survey was taken, the market dipped as concerns grew over international events primarily in Ukraine and the Middle East. The focus on news stories about unemployment is unchanged from last May.  The focus on the political environment has decreased the most, from 12 percent to 6 percent.