National Concerns of the $25 Million Plus Investor 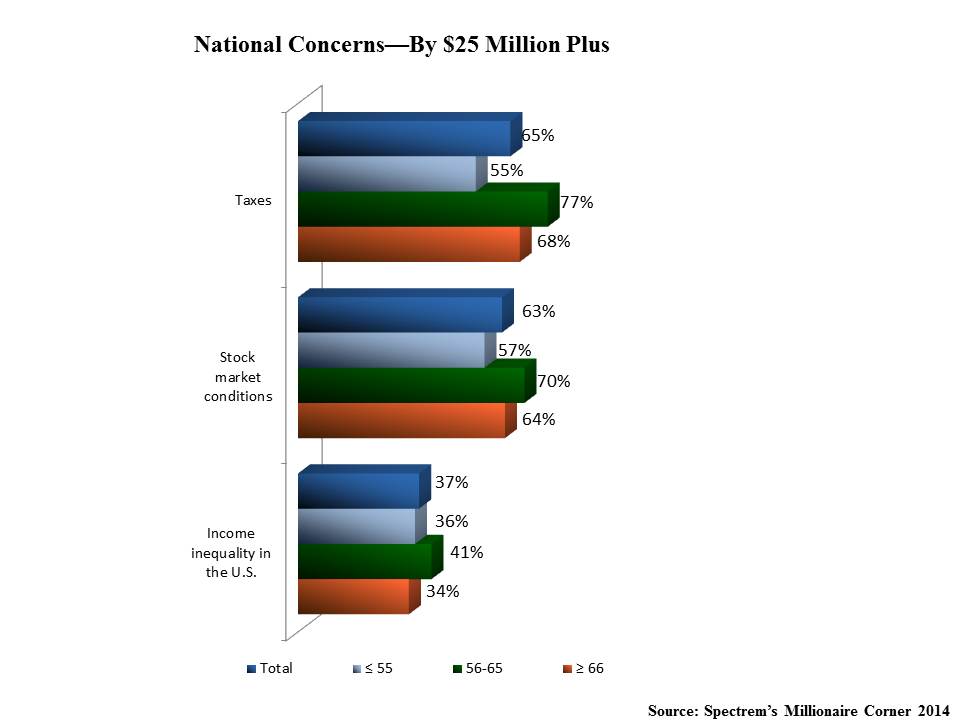 There are a host of national issues of concern to America’s wealthy ranging from the political environment and government gridlock to the national debt, the federal deficit and the prolonged economic downturn. So say America’s ultra-high net worth households, according to Spectrem Group’s wealth level research of homes with a net worth between $5 million and $24.9 million (not including primary residence). But America’s ultra-wealthy, the $25 Million Plus households, are focused mainly on two things, taxes and stock market conditions.

A new Spectrem Group wealth level study finds that roughly two-thirds of ultra-wealthy households with a net worth of $25 million are most concerned about these two issues.

Across wealth levels, concern about taxes and stock market conditions are heightened among the least wealthy of the $25 Million Plus households. Among the two-thirds overall who state they are most focused on these issues, roughly three-fourths have a net worth between $25 million and $49.9 million.

For more information on the $25 Million Plus Investor, click here