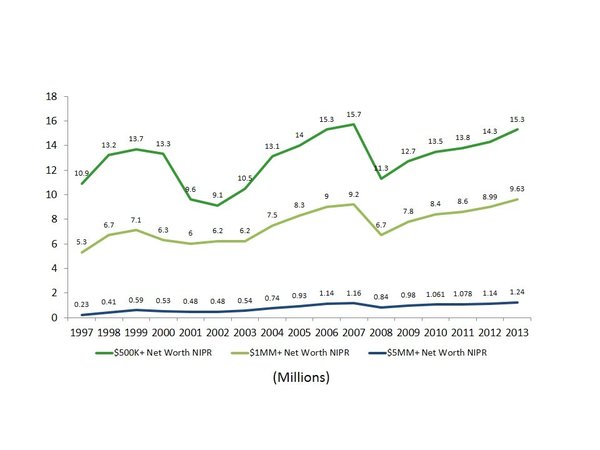 There are more millionaires in the United States than ever before.

The number of households with net worth of $1 million or more, excluding their homes, is at a record 9.63 million, according to a new report.

The study reinforces other data showing that the wealthy are doing well compared to many other segments of society.

"Most of the financial damage done by the recession has been erased by recent record-high markets in 2013 as well as continued rebound in the real estate markets," said George H. Walper Jr., Spectrem president. "In terms of the affluent investor, it is fair to say they have finally recovered from the economic downturn."

Rich people have been helped by the rebound in the stock market and the recovery in home prices in more exclusive areas. They also got a boost from superior creditworthiness, which allowed them to take advantage of record low interest rates in recent years.