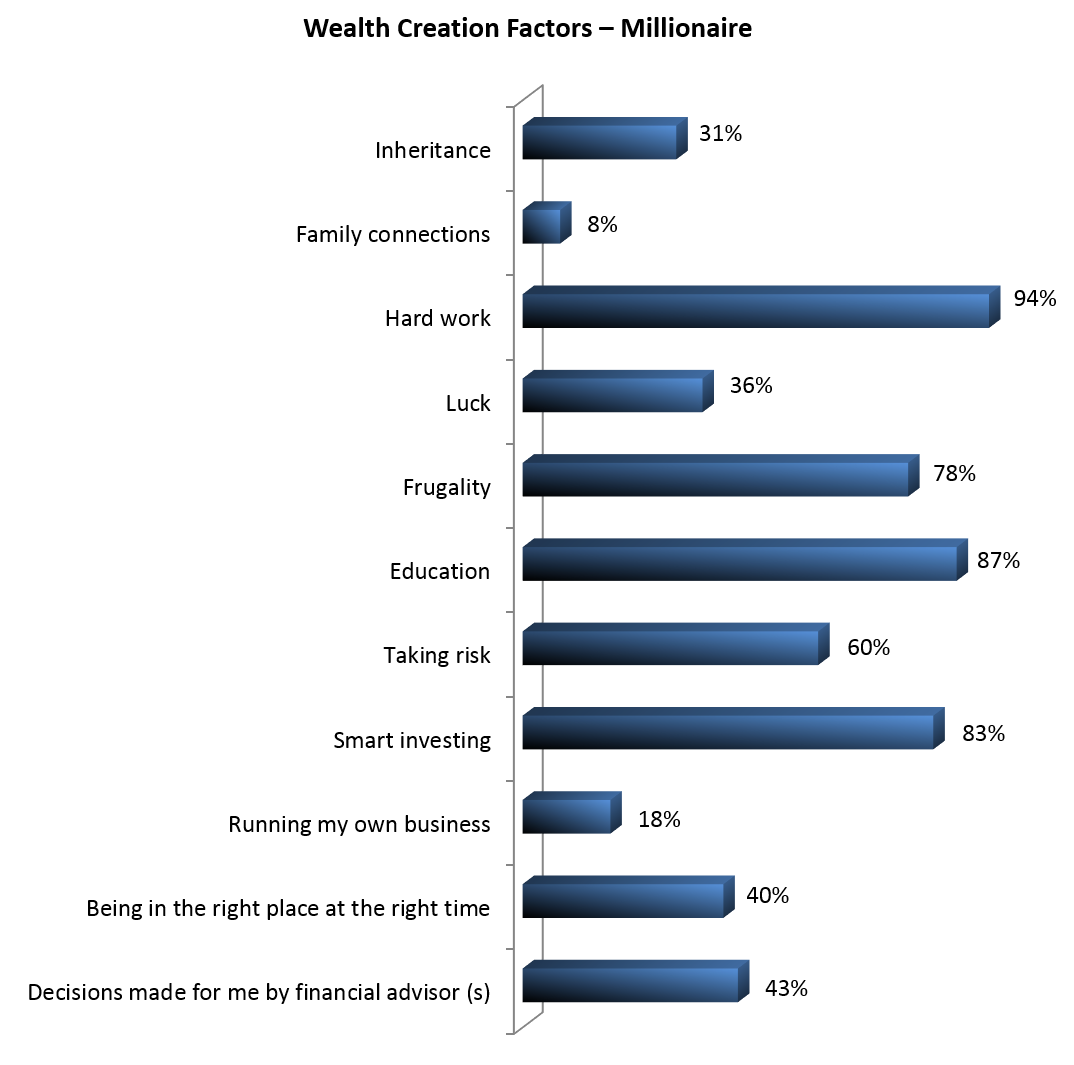 The Millionaire next door is far less likely to admit luck had anything to do with their financial status. Only 40 percent said “being in the right place at the right time’’ was a factor, and only 36 percent said “luck” contributed to their wealth level.

Less than half (43 percent) of investors credit decisions made by their financial advisor for their current wealth position.

For the sake of the Spectrem Group study, Millionaires were investors who had a net worth between $1 million and $5 million not including their primary residence. Asked to place themselves on a sliding scale of “wealthy’’ from “0” being not wealthy at all and “100’’ being “wealthy’’, millionaires put themselves at 63.91.

Thirty-two percent of Millionaires said they had no regrets related to finances and the recent recession.

Eleven percent of Millionaires wished they had used their financial advisor as a resource more prior to the recession, and 10 percent said wish they had put more money into their 401(k) account as a savings vehicle.