Millionaire Households Back to Pre-Recession Levels

Spectrem Group announced today in our annual Affluent Market Insights Report-2014 that the levels of wealthy households in the country has returned to pre-recession levels and beyond. 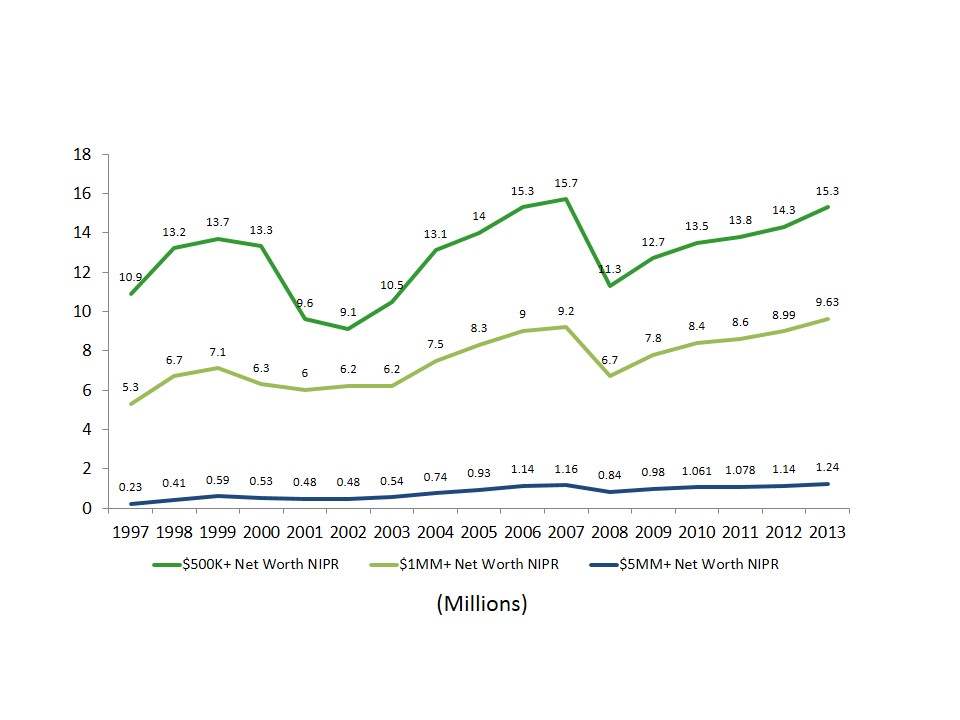 Following four years of steady increases, the number of United States households in most wealth segments reached record highs, and all wealth segments saw large increases from 2012 to 2013. Mass Affluent Households, with a net worth between $100,000 and $1 million, Not Including Primary Residence (NIPR), grew to 28.97 million. This is an increase of 500,000 investors over 2012, and 3.77 million over the post-recession low of 25.2 million.

The record-high stock market has played a large role in the return of Millionaires, as well as a return to previous numbers in other wealth segments as well.