CNBC.com May 31 2013 Millenials Make Most of Massive Inheritance

There are four things you can do with a pile of money: spend it, give it to charity, give it to Uncle Sam or give it to your children. For years, maybe centuries, the last has been the least favorite option.

Most often, wealth creators fear the money will sap their heirs' incentive to make their own fortune. Others simply don't trust their children (or their spouses) with their loot.

"A lot of clients who have had their head down, building their business, realize that they have a substantial asset they can monetize," said Susan Colpitts, founder and CFO of Signature, a multifamily office based in Norfolk, Va. "They say, 'I don't want my child to have this money.'"

But the fact is that young Americans—the group known as millennials—are inheriting their wealth at a greater rate than the two previous generations. Among those under 32 years old with up to $1 million to invest, a third inherited their money, according to a study released this week by the wealth research firmSpectrem Group. Fewer than a quarter of Gen Xers or baby boomers can say the same.

Of those who have more than $1 million to invest, the disparity is even larger in favor of the millennials.

The good news is that the millennials may also be the generation most suited to their sizable inheritance. The youngest U.S. adults are shown in survey after survey to be conscious that the American Dream is no longer a guarantee, and that knowledge seems to have made them better savers, more risk averse and more worried about their retirements than their parents or their grandparents.

They are even worried about their parents. "They'll say, 'I also need to include supporting my parents in their retirement,'" said Timothy Sabol, an Ameriprise financial advisor based in Conshohocken, Pa. "They want to know about those risks."

And indeed, Spectrem's study found that a greater percentage of millennials were concerned about caring for aging parents than they were about their own health. They are also more apt to use their wealth for social good.

George Walper, president of Spectrem, attributes both the millennials' financial conservatism and their awareness of the world around them to two landmark events, "September 11, 2001 and 2008," he said. The terrorist attacks and the onset of the recession at once opened them up to the world and caused them to protect their futures. 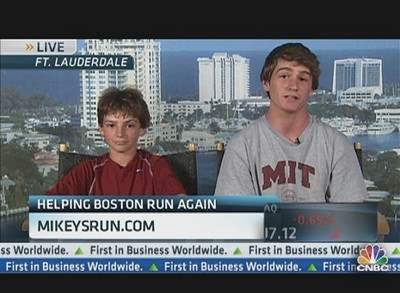 The millennials are also among the first classes of schoolchildren to have community service included so widely in curriculums. And as Sabol notes, they are more politically involved than their immediate predecessors, Gen X. "We've gone through two election cycles in which Gen Y had a lot of involvement," he said, using another term for 21- to 32-year-olds.

In those elections, both campaigns have emphasized the economic troubles of the past five years, causing politically aware millennials to further mistrust financial systems. More than half of the wealthy millennials in Spectrem's report were concerned about inflation, national debt and Washington's inability to take action because of partisan politics.

Sabol points out that millennials are also coming of age just as the baby boomers' retirement is dominating the financial conversation. "You can't turn on TV without seeing a commercial for an investment advisor," he said. "That may be having a secondary impact on the younger generation."

Not all of Gen Y receives their money from an earlier generation, of course. Many of Sabol's clients are physicians getting their first private practice jobs and entrepreneurs in the tech sector, two groups heavily represented in Spectrem's study.

And not all are as cautious with their money as recent data suggest. "One in four says, 'I've heard how bad the markets have been but I don't want to waste this opportunity.'" Sabol said. "They are interested in the markets and in real estate. They'll say 'We've got great interest rates. Why not pick up a one-bedroom condo?'"

Sabol contrasts these younger investors with their slightly older counterparts whose financial lives were seriously interrupted by the recession. "My 35-year-olds who bought at the real estate highs who are sitting there with property they can't get rid of, along with their adjustable rate mortgage," he said.

Predictably, millennials who are engaged in the markets use digital devices more than their forebears. Advisors said they fetch up ideas and research from the Internet and put in requests to buy or sell stock by mobile phone at all hours, despite regulations about proper financial communications. (Texting is not a sanctioned form of fiduciary communication.)

But even his most avidly market-oriented clients, Sabol said, are thinking of the big picture, both for themselves and the world at large. "Half the time I start the conversation, half the time they do," he said, "but some altruistic endeavor is usually in the mix."

How millennials invest and otherwise dispose of their money is a matter of interest not only because they are heirs to the enormous expansion of wealth over the past few decades. They are also inheriting their fortunes differently. Private equity funds and increased interest in IPOs have made family wealth more liquid, changing the dynamic of inheritance itself.

"In the last 20 years, the financial markets have created a really different outcome from the traditional entrepreneurial venture," said Colpitts. "Rather than shake your finger at your son or daughter and say, 'You have to run this business,' you can liberate that wealth in a liquidity strategy. Now you don't have to be tied to your parents or your siblings."

That structural change may be behind some of the choices wealthy millennials are making. As they age, they will no doubt fall into patterns their grandparents and parents will recognize, securing top-flight educations for their children and homes in better neighborhoods.

But for now, said Sabol, "Gen Y doesn't see success the same way their parents do. They want to travel. They want to do something that is more relevant than run a mom-and-pop business, and the availability of liquidity means they are more free to take the money and run."

That desire for relevance, rather than the other benefits of riches, may provide comfort for those donating hard-earned money to the coming generation.

Sabol tells of a recent visit to his office by a wealthy couple, in which the husband was voicing his usual trepidations about leaving money to his Gen Y children. "Then the wife spoke up, and said to her husband, 'Look, the kids have the responsibility. We have to recognize that they have grown up.'"