When do Affluent Investors Plan to Retire? 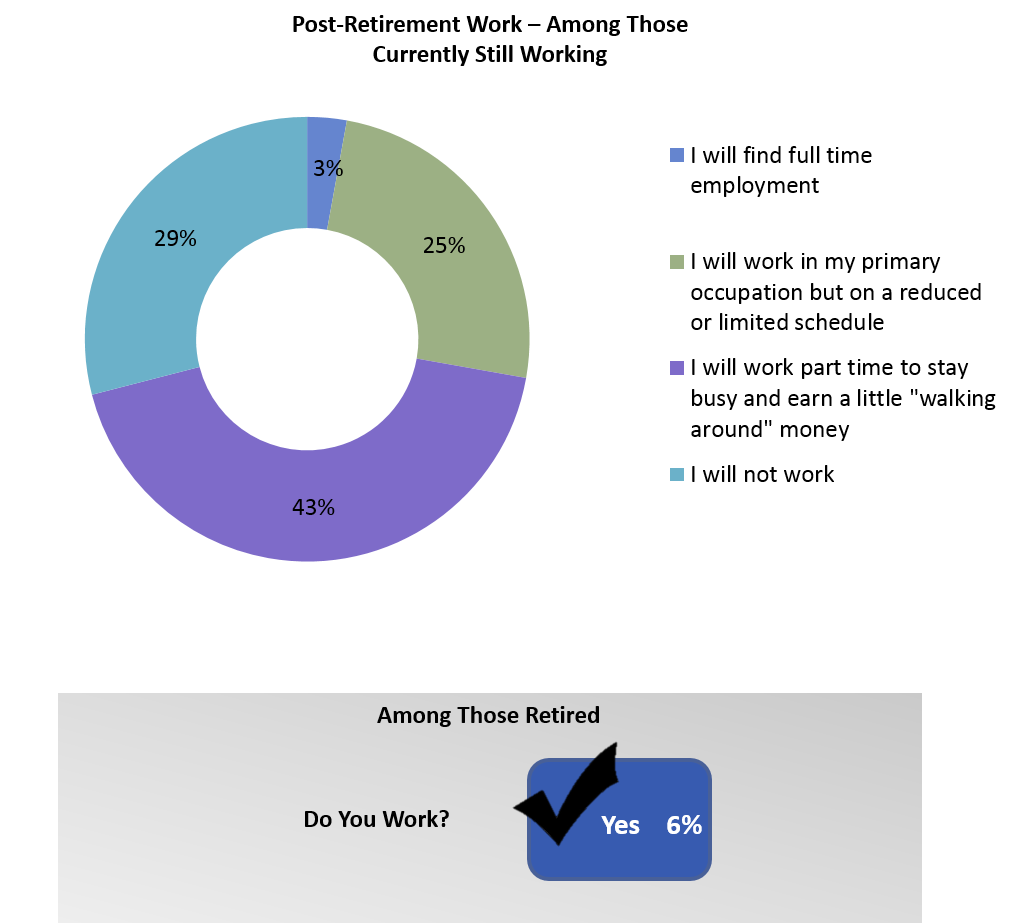 Spectrem Group research of affluent investors shows that a majority of investors make plans to retire at a certain age, but do not manage to do so.  It also shows that investors are planning on not retiring at any age.

Almost three-fourths (72 percent) of the wealthiest Ultra High Net Worth investors, with a net worth between $15 million and $25 million, said they would retire after they turn 65.

With UHNW investors, nearly half managed to retire when they planned to do so. But the fifty-one percent who did not retire at their planned age, more than three-quarters said they managed to retire before they intended. That included 100 percent of retired investors under the age of 60.

For more information on Spectrem Research of Retirement, click here