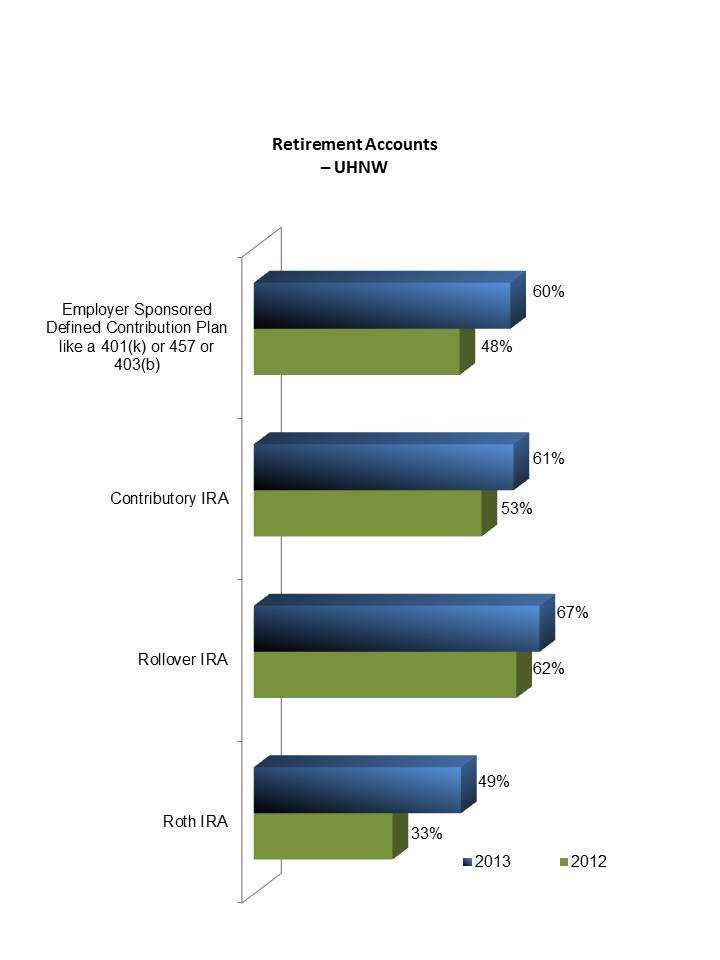 Approximately two-thirds of all affluent investors have an employer sponsored defined contribution plan like a 401(k), according to a Spectrem Group study.

The ownership range for contributory IRAS was 41 percent (Mass Affluent) to 61 percent (UHNW). For Roth IRAS, the range was 38 to 49 percent, and UHNW investors increased their participation from 33 percent in2012 to 49 percent

Both the Mass Affluent and Millionaire studies showed 66 percent of investors owned employer sponsored defined contribution plans. Among UHNW investors, it was only 60 percent ownership, but that was a significant increase from 2012, when only 48 percent of UHNW investors had such plans.

The study further segmented the investors into their level of advisor dependency, and those investors who were heavily dependent upon advisors for financial decisions were less likely to have retirement accounts. For instance, among Mass Affluent investors, only 52 percent of investors who were advisor-dependent had 401(k) plans compared to the total of 66 percent.

Age was also a factor. Among investors 54 years of age and younger, employer sponsored DC accounts were extremely popular, with 93 percent of Millionaires owning them. The same was true among UHNW investors, with 92 percent of investors aged between 44 and 54 having DC accounts.