Investment in Equity Funds at a Four Month High 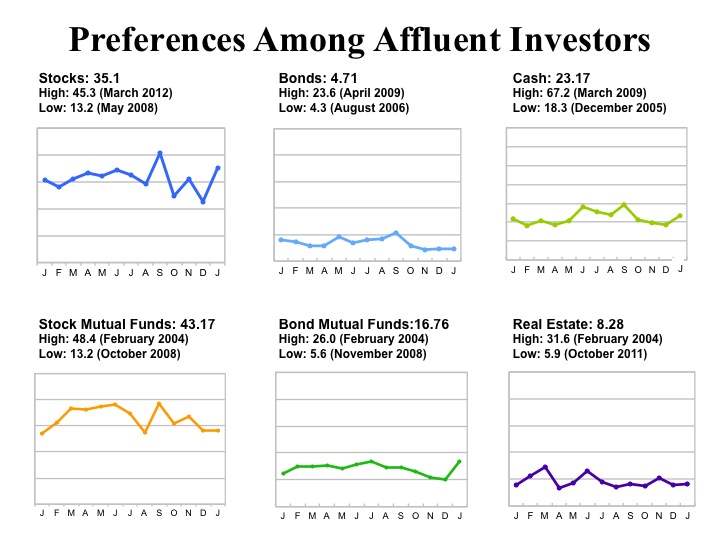 Wealthy investors plan to step back into the market in the coming months, according to Spectrem Group’s recent investment preferences survey.  This survey was conducted with more than 500 investors with more than $500,000 in investable assets during January.  It was completed, however, before the recent dramatic downturn in the markets.

Stock Mutual Funds was the investment vehicle cited most as the type of investment they would pursue in the near future. Stock mutual funds gained 15 points from the December, climbing to 43.17, a three-year high. Stocks also gained 12 points in popularity to 35.10, a four-month high. “Not invest,” which tracks investors’ intention to remain on the sidelines, dropped 18 points to 31, a four-month low.