How Millionaires Spend their Disposable Income 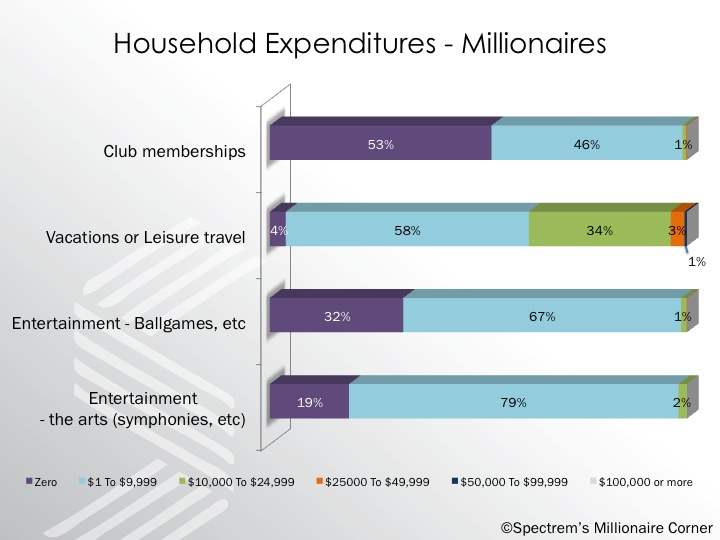 On what are Millionaires most likely to spend their entertainment dollars?

A new Spectrem wealth level study of households with a net worth between $1 million and $5 million (not including primary residence) finds strong support for the arts. Almost eight-in-ten respondents indicated that they spend up to $10,000 annually on symphonies and other artistic endeavors. Nearly seven-in-ten (67 percent) spend that amount on sporting events.

Almost half (46 percent) devote their discretionary spending on club memberships, while 58 percent spend up to $10,000 annually on vacations or leisure travel. Just over one-third spends between $10,000 and $24.9K on their getaways.

Clothing is a major Millionaire expenditure, with 94 percent of respondents reporting they spend up to $10,000 on apparel. Just under two-thirds (63 percent) spend this amount on jewelry. Less than 10 percent spend any higher.