The Hispanic Investor and Social Media 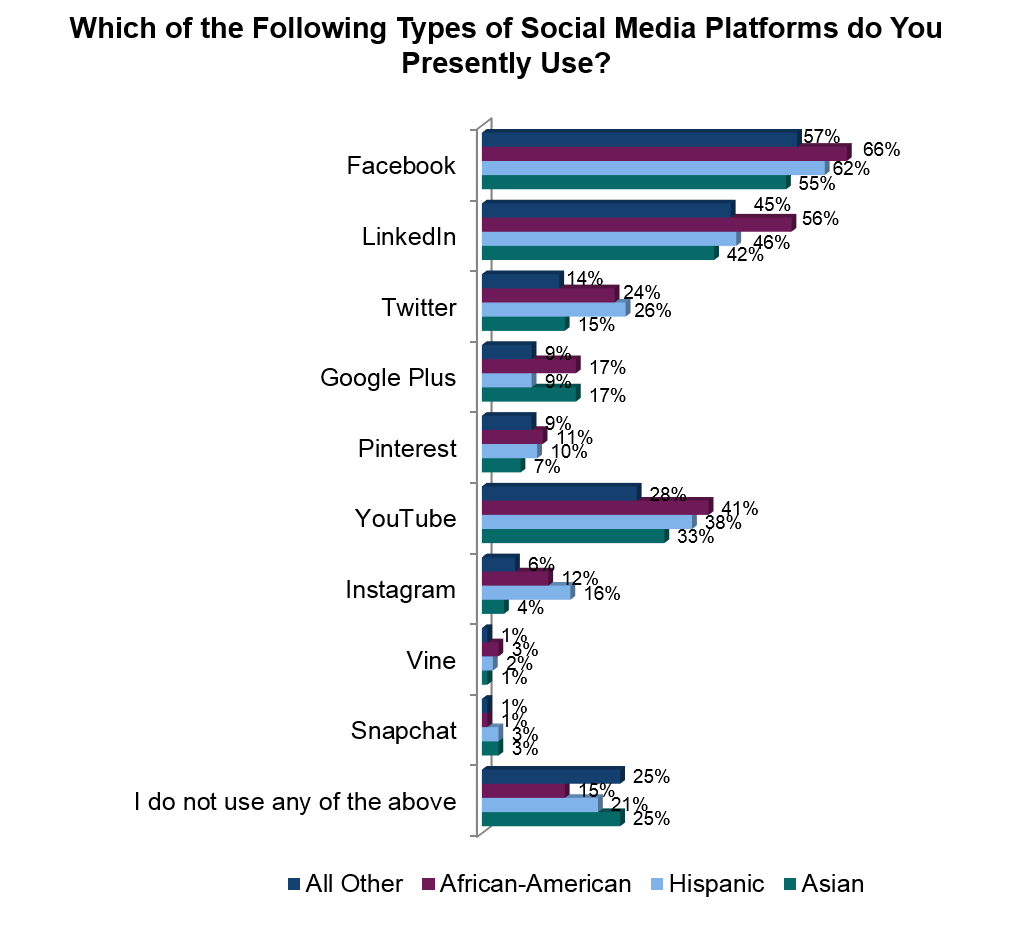 Spectrem Group’s Ethnic Segmentation Series study on affluent Hispanic investors - Using Social Media and Mobile Technology in Financial Decisions - shows that they tend to lag behind other ethnicities in the use of social media, although they do tend to have greater usage than the non-ethnic portion of the affluent market.

Fifty-seven percent of affluent Hispanics investors visit Facebook at least once a day, and 18 percent report at least five visits a day (far above the 12 percent of non-ethnic investors). Twenty-three percent of Twitter users among the Hispanic investor community say they are active participants, sharing and communicating with others on the site. That also is above the national average of 13 percent and higher than the active users among African-Americans (21 percent) and Asians (15 percent).

Hispanics are also the most enthusiastic segment of investors who want to be able to text their financial advisor. Twenty-five percent of affluent Hispanic investors say they want to do that, compared to 24 percent of African-Americans, 16 percent of Asians and just 14 percent of the non-ethnic investor community.