Are High Net Worth Millennials Willing to Take Risks? 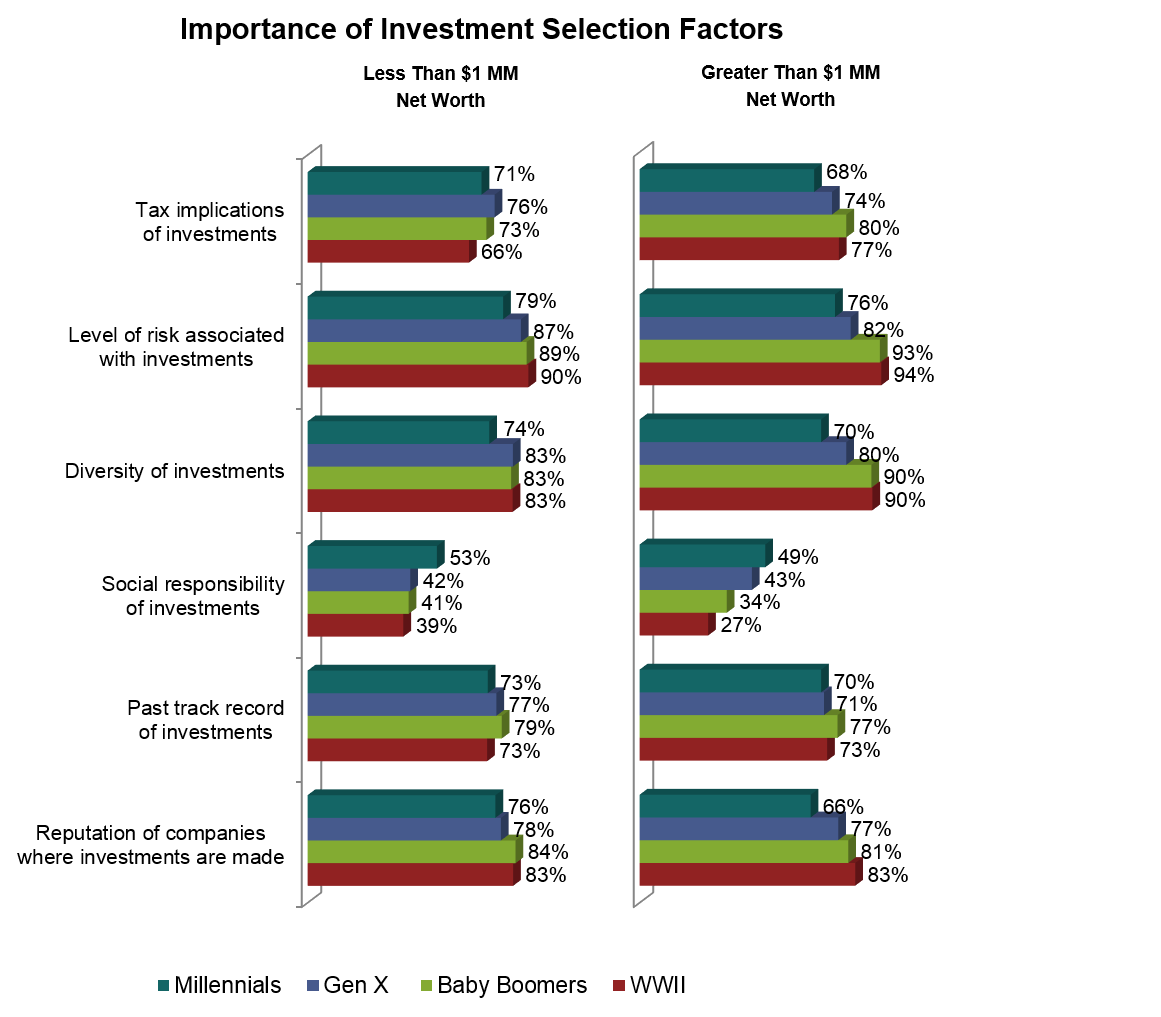 A Spectrem Group study of investors based on net income – Financial Attitudes of Wealthy Investors Based on Income - showed that less than forty percent of all investors were willing to take a significant risk in order to get a high rate of return. As income increased, so did the willingness to take the risk, but even among those with a net income of over $750,000, only 47 percent said they would be willing to take a significant risk with a portion of their portfolio with an eye toward a high rate of return.

In a Spectrem Group study of High Net Worth Millennials under the age of 45, less than fifty percent of investors with a net worth under $1 million said they would be willing to take a significant risk on a portion of investments in order to earn a high return. Among Millennial investors with a net worth greater than $1 million, 49 percent said they would invest in high risk products.

The study also asked the question of older investors, and the only segment that showed over 50 percent interest in high risk investments was the Generation X group, aged 45 to 54, with 51 percent of those with less than $1 million net worth and 55 percent of those with greater than $1 million net worth expressing willingness to take a significant investment risk for the possibility of a significant return.

For more information on High Net Worth Millennials click here