Everyone is Using Social Media? Not so Fast 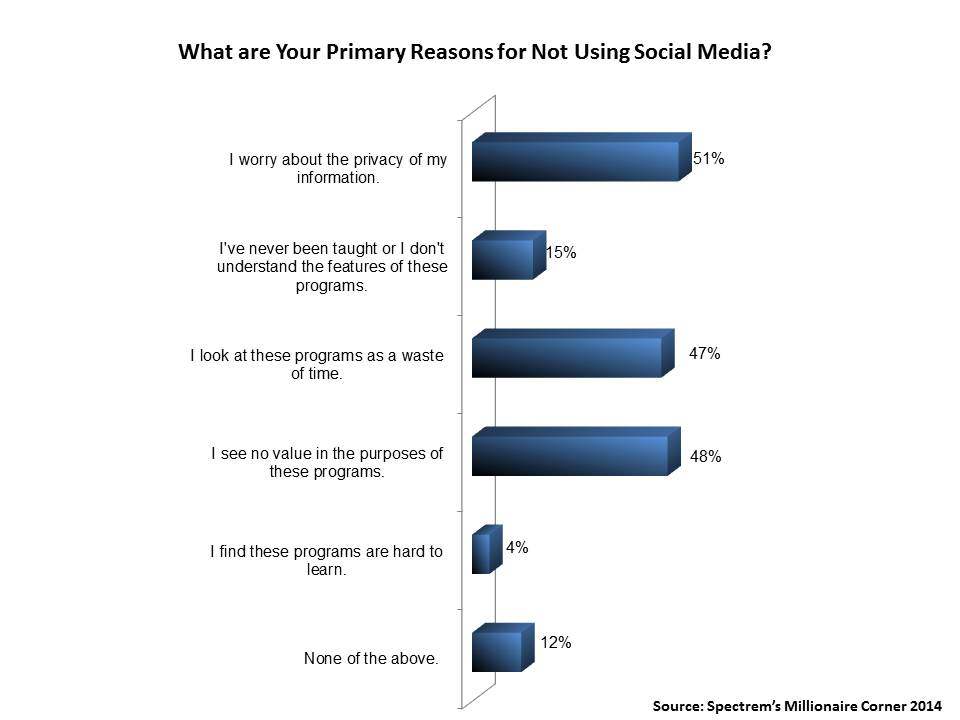 Of these, a majority (51 percent) of non-Millionaire households with a net worth of at least $100,000 (Not Including Primary Residence) cite concerns about privacy as the prime reason for not using social media. Just under half (48 percent) said they “see no value” in these programs, while 47 percent said they consider social media usage to be “a waste of time.” These concerns are slightly elevated among respondents with a net worth between $1 million and $4.9 million (53 percent and 49 percent, respectively).

Among the youngest respondents under the age of 35, there is a dramatic spike in concern about privacy between non-Millionaire and Millionaires. Twenty-nine percent of the former expressed this concern compared with 100 percent of Millionaire Millennials.

Conversely, nearly two-thirds of non-Millionaires ages 45-54 expressed concern about the privacy of their information vs. 40 percent of their Millionaire counterparts.