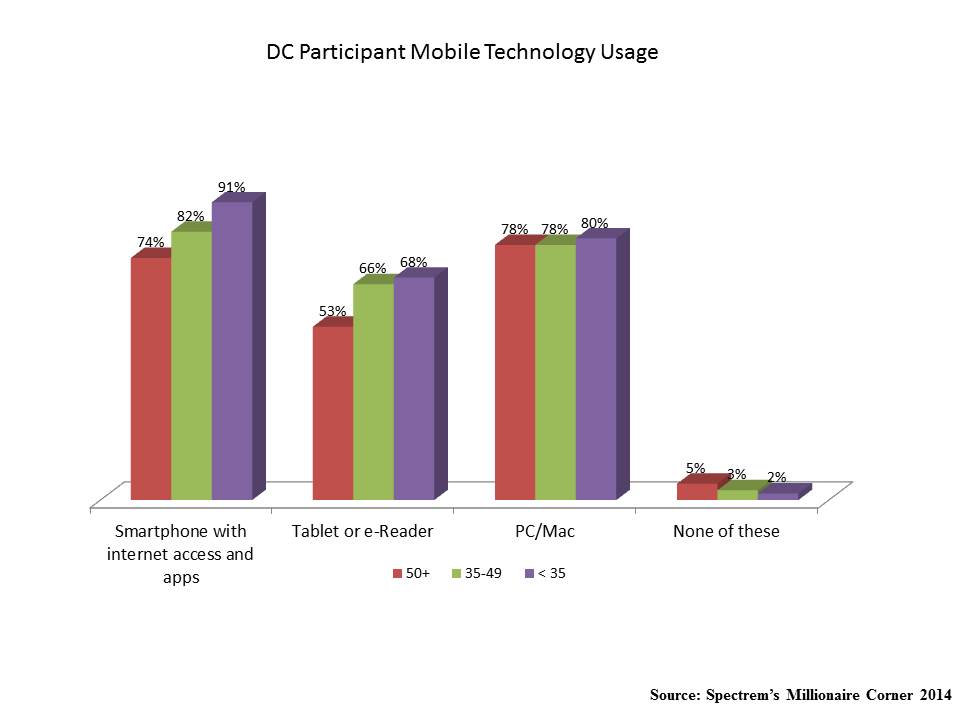 Smartphone usage has surpassed that of the PC/Mac among defined contribution retirement plan participants, according to a new study conducted by Spectrem Group.

The defined contribution plan, such as 401(k) has become the chief retirement savings vehicle in America.

Eight-in-ten DC retirement plan participants report using a smartphone with Internet access and apps, which is slightly her than PC/Mac users (78 percent). Just over six-in-ten (62 percent) said they use a tablet or e-reader.

Smartphone usage among DC plan participants is up significantly from last year (71 percent), which PC/Mac usage has remained basically unchanged (79 percent). Tablet or e-reader usage is trending upward from 57 percent in 2013.

Age is not a significant factor in PC/Mac usage (80 percent of those under 35 vs. 78 percent of their older counterparts).

Male DC retirement plan participants are more old school than women when it comes to mobile technology. Eight-five percent use a PC or Mac vs. 71 percent of women, while 63 percent of women use a tablet or e-reader compared with 61 percent of men.