Concerns of the Generation X Investor 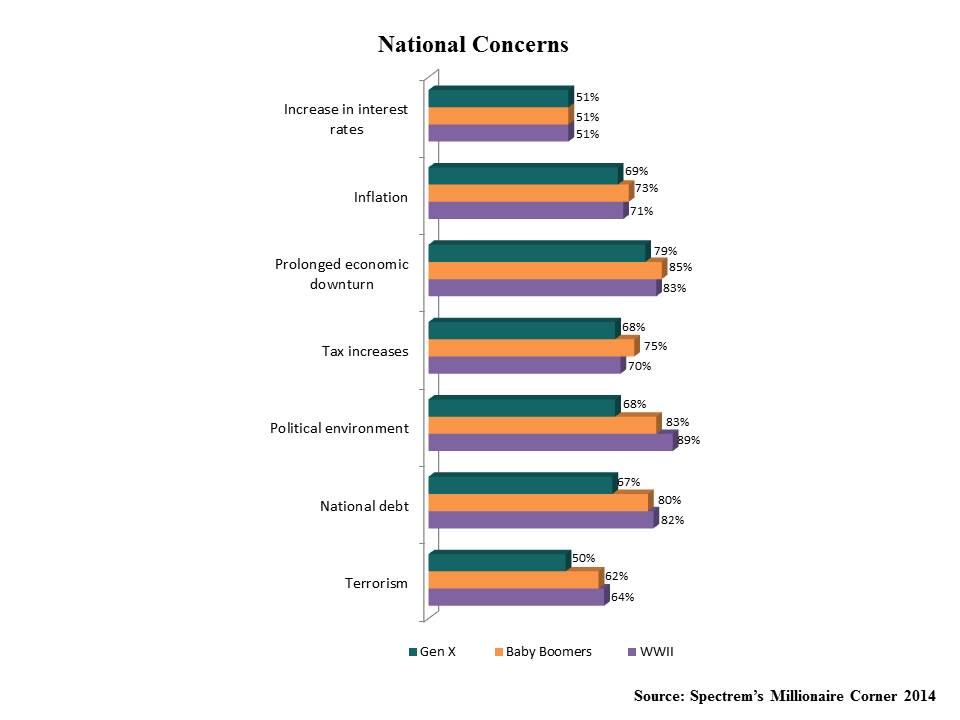 Eighty percent of Generation X investors are concerned about the prolonged economic downturn, while sixty percent are focused on maintaining their current financial position, according to a new demographic study conducted by Spectrem Group.

But while optimism isn’t usually a term associated with Gen Xers, they are less concerned about these issues than their Baby Boomer or senior counterparts, and nearly two-thirds (64 percent) said they expect their personal financial situation to be stronger one year from now, compared with 52 percent of Baby Boomers and 45 percent of seniors.

Here, because of the lower age, Gen Xers can somewhat afford to be a little less conservative with their investments. More than half (55 percent) said they are willing to take significant investment risk on a portion of their investments to earn a high rate of return, compared with 36 percent of Boomers and 34 percent of seniors.

For more information on the Generation X investor, click here