President Ronald Reagan was successfully re-elected (by the largest margin ever) in the 1980’s by asking voters one simple question, “Are you better off financially than you were before I became President?” Since that time, this has become a common measure for determining the attitudes of voters right before a major election.  The mid-term elections will be upon us on November 6th. This election will have a major impact on President Trump’s agenda and his ability to implement most of his initiatives. Similar to President Reagan, the current administration and the Republicans that are up for re-election are pushing Ronald Reagan’s strategy and asking voters if they are better off today than they were two years ago.

President Trump takes credit for numerous factors fueling the economy: a GDP of more than 4%, a stock market that has increased significantly in value since 2016, historic unemployment numbers across numerous minority segments, and high levels of both consumer and small business confidence. So will the strong economy impact the votes of investors? Do investors feel as if they are better prepared to handle a recession today compared to the 2008 recession?

Spectrem recently asked investors (individuals with $100,000 to $25 million of net worth, not including primary residence) if they feel they are in a better financial situation today than they were one year ago. Seventy-nine percent of investors indicated that they are feeling as if their finances are better today than they were a year ago.  It’s interesting to note that both Democrats and Independents agreed that their finances are better (76% each) while 84% of Republicans indicated they are better off. This is interesting to note because earlier in the year Democrats were very reluctant to indicate their financial situation was stronger, and not surprisingly, most were very concerned about Trump’s policies. 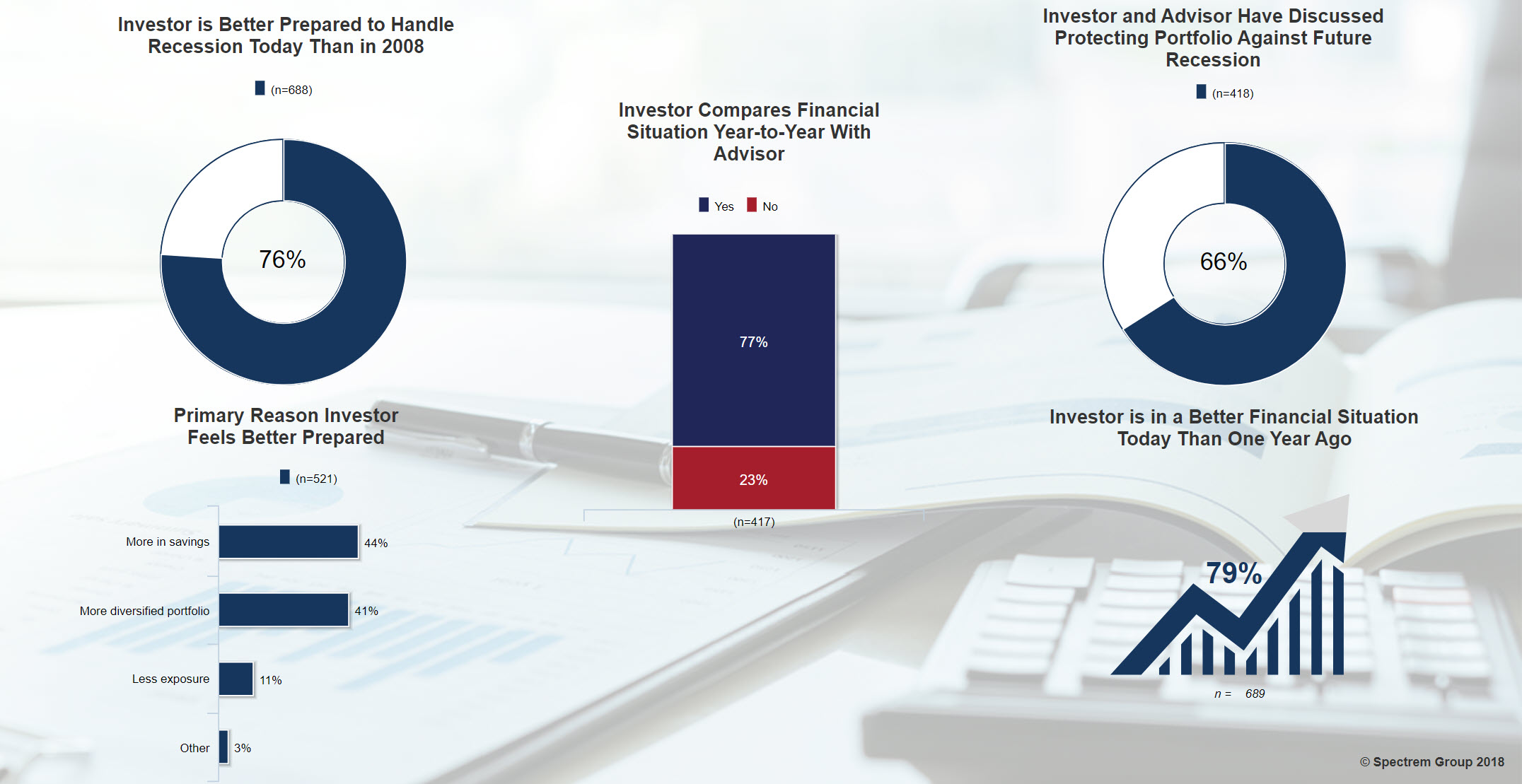 In addition to feeling their financial situation is stronger than it was a year ago, 76% of investors feel they are better prepared to handle a recession today than they were in 2008. Why? Forty-four percent have more in savings and 41% have a more diversified portfolio while 11% indicate they have less financial exposure. Two-thirds have discussed protecting their portfolio against a future recession with their advisor and 77% discuss their financial situation at least annually with a financial advisor.

Will Ronald Reagan’s strategy help the Republicans in 2018? Will the strong economy drive the election? It’s interesting to note that even Democrats are conceding some economic success. But will it drive voters to the Republican side of the ballot? Many things can occur between now and November 6. October 2016 was full of memorable events and October 2018 may be similar. While Ronald Reagan was fairly controversial at the beginning of his Presidency, my memory doesn’t seem to recall Reagan being hated as much as Donald Trump. Additionally, the elections are really about the universally unpopular Congress. This election will, however, really test the importance of financial matters in an election.