Banks seen as Most Stable Providers 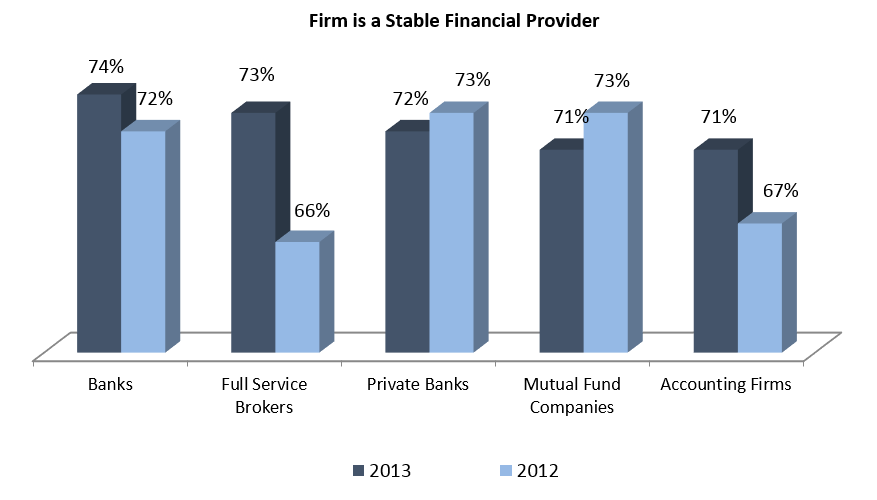 Stability is one characterization of financial providers. But some high net worth investors want their providers to offer innovative products and services and for that, more investors are turning to independent investment advisors (69 percent). Sixty-eight percent look to independent financial planners or full service brokers for innovative products and services, and 67 percent look to investment management companies. In all cases, the percentages were marked increases from 2012.