Attitudes and Concerns of Asian Investors 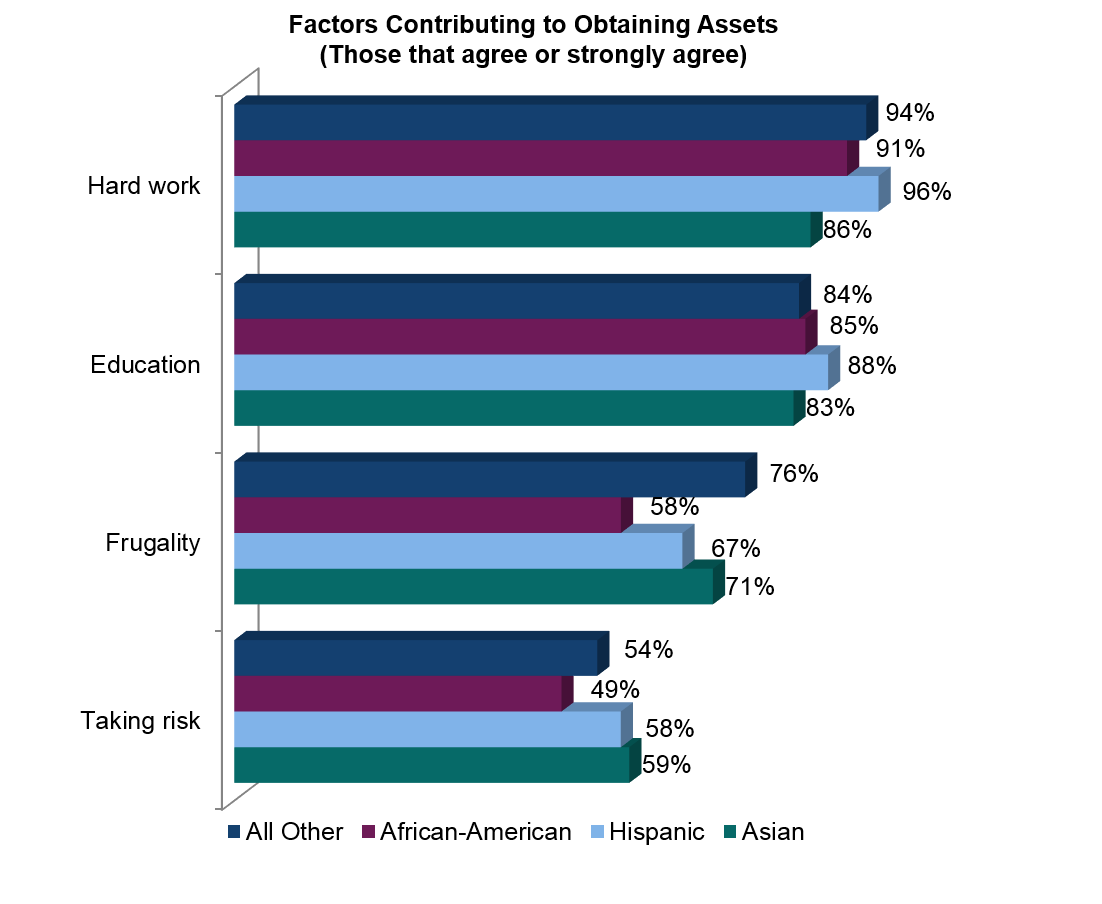 To educate financial providers and advisors on the financial characteristics of Asian investors, Spectrem Group’s study Financial Attitudes and Concerns is one of a four-part Ethnic Segmentation Series that includes Asians, along with African-Americans and Hispanics. In the study, Asian investors are compared to the other referenced segments, as well as to all investors who are not part of the three segments studied.

While the ethnic segments are similar in many of their financial attitudes and concerns, there are areas in which they differ.

In terms of investment behaviors, Asians expressed far greater regrets about their financial decisions prior to the recession in terms of risk. Exactly one-third of Asian investors said they wished they had taken more risks with investments prior to the crash (compared to 21 percent outside the ethnic groups, 24 percent African-American and 23 percent Hispanic).

They were far less likely to express a desire that they had saved more, 34 percent to 52 percent Hispanic and 58 percent African-American.

Forty percent of Asian investors come from one adult working full-time. That is higher than the one-income homes of Hispanics (35 percent) and African-Americans (34 percent).