Advisor Usage of the Ultra Wealthy 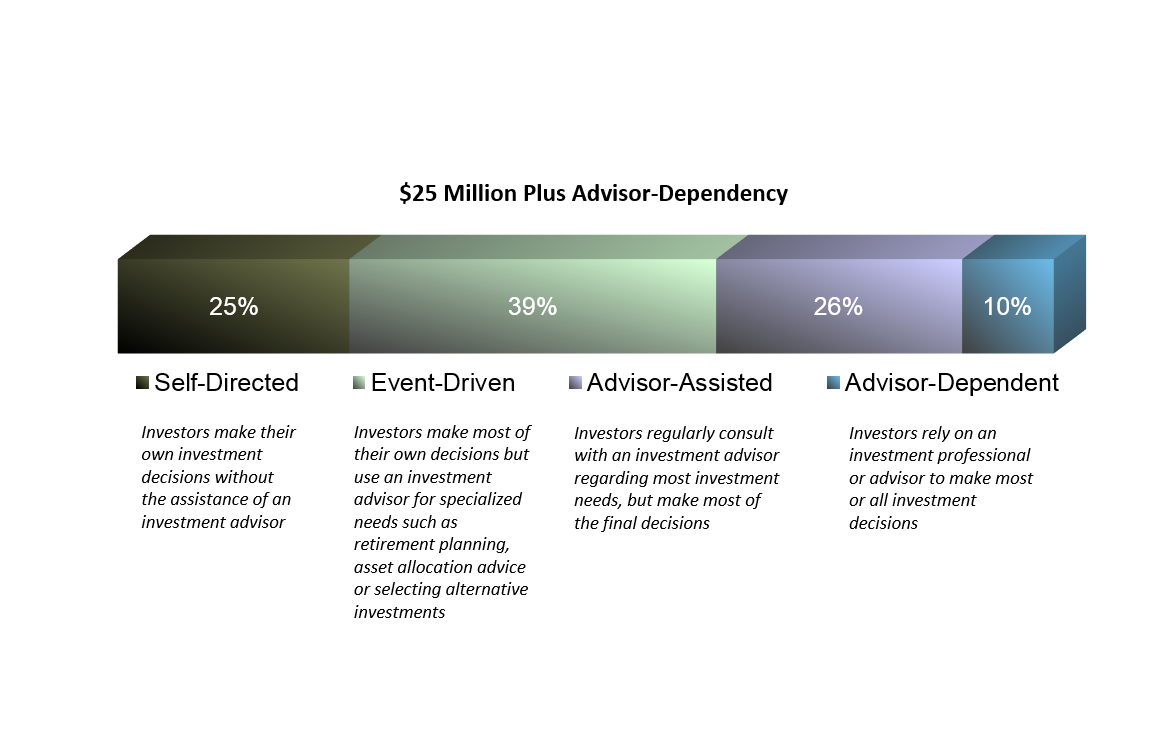 According to the Spectrem report on the most affluent American investors, most of them make their own investment decisions and access financial advisors only when a special need arises.

The 2014 $25 Million Plus Investor report shows that 25 percent of investors with a net worth of at least $25 million make their own investment decisions entirely (and are labeled Self Directed investors), while 39 percent make most of their own decisions but use advisors when they are involved in specialized needs such as retirement planning or making alternative investments (labeled Event-Driven investors).

(For comparison, 16 percent of Millionaire investors with a net worth between $1 million and $5 million say they are Advisor-Dependent.)

Virtually none of the respondents in the $25 Million Plus study operate financially without at least one advisor, but 43 percent say they employ only one. Only 27 percent have more than two financial advisors they work with.

Even among investors with multiple advisors, there is one considered their top firm, and 73 percent of all assets belonging to the $25 Million Plus investors is managed by the top firm.

In a Spectrem study of Ultra-High Net Worth investors with a net worth between $5 million and $25 million, 41 percent use a full service broker and far less are involved with the other types of advisors as their primary choice.

For more information on the $25 Million pluss investor, click here