How did the $25 Million Plus Investor Create Their Wealth? 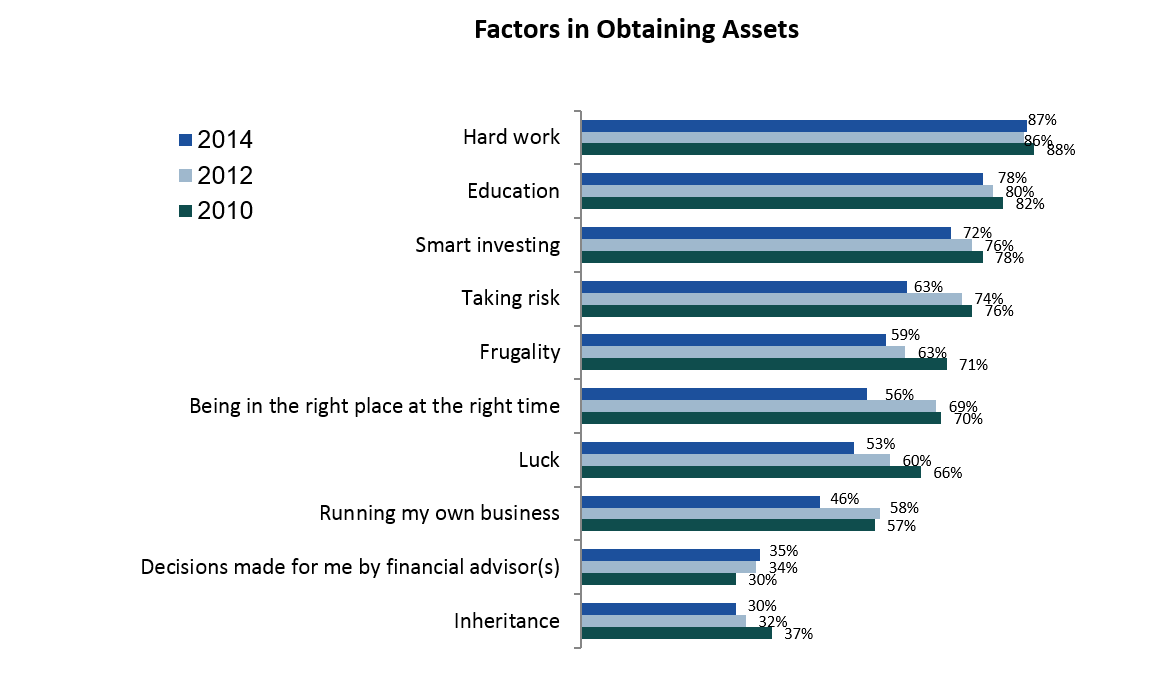 Hard work and education are the top two contributors to attaining great wealth, according to a Spectrem study of the wealthiest investors in America.

The study - The $25 Million Plus Investor – details the demographics, attitudes and concerns of the approximately 132,000 investors in America with a net worth of $25 million or more, not including primary residence.

Eighty-seven percent of the wealthiest investors say “hard work’’ was a factor in their obtaining assets leading to their great wealth. That percentage has remained consistent over the last three studies done by Spectrem (done every 18 months).

Sixty-three percent of the wealthiest investors say “taking risk’’ played a role in their wealth status. While that is above half, it is well below the 76 percent who reported that same factor in 2010.

Other factors noted by at least half of all of the wealthiest investors were “frugality” (59 percent), “being at the right place at the right time” (56 percent), and “luck” (53 percent).

Only 46 percent credit running their own business as a factor in obtaining great wealth. Even fewer – 35 percent – credit “decisions made for me by my financial advisor” (although that percentage has climbed from 30 percent in 2010).

Finally, only 30 percent of the wealthiest advisors in the land credit “inheritance’’ for their wealth status.

In terms of their attitudes towards their wealth, 70 percent of all $25 Million Plus investors say saving and investing their money give them greater satisfaction than spending it.

Fifty-three percent say they are concerned about what their family’s next generation will do with the money passed on to them, and 49 percent say they attribute their happiness “in large part’’ to the wealth they have accumulated.

Only 23 percent admit to having constant worries about their financial situation.

For more on the $25 Million Plus Investor, click here