When The Rollover Is Everything 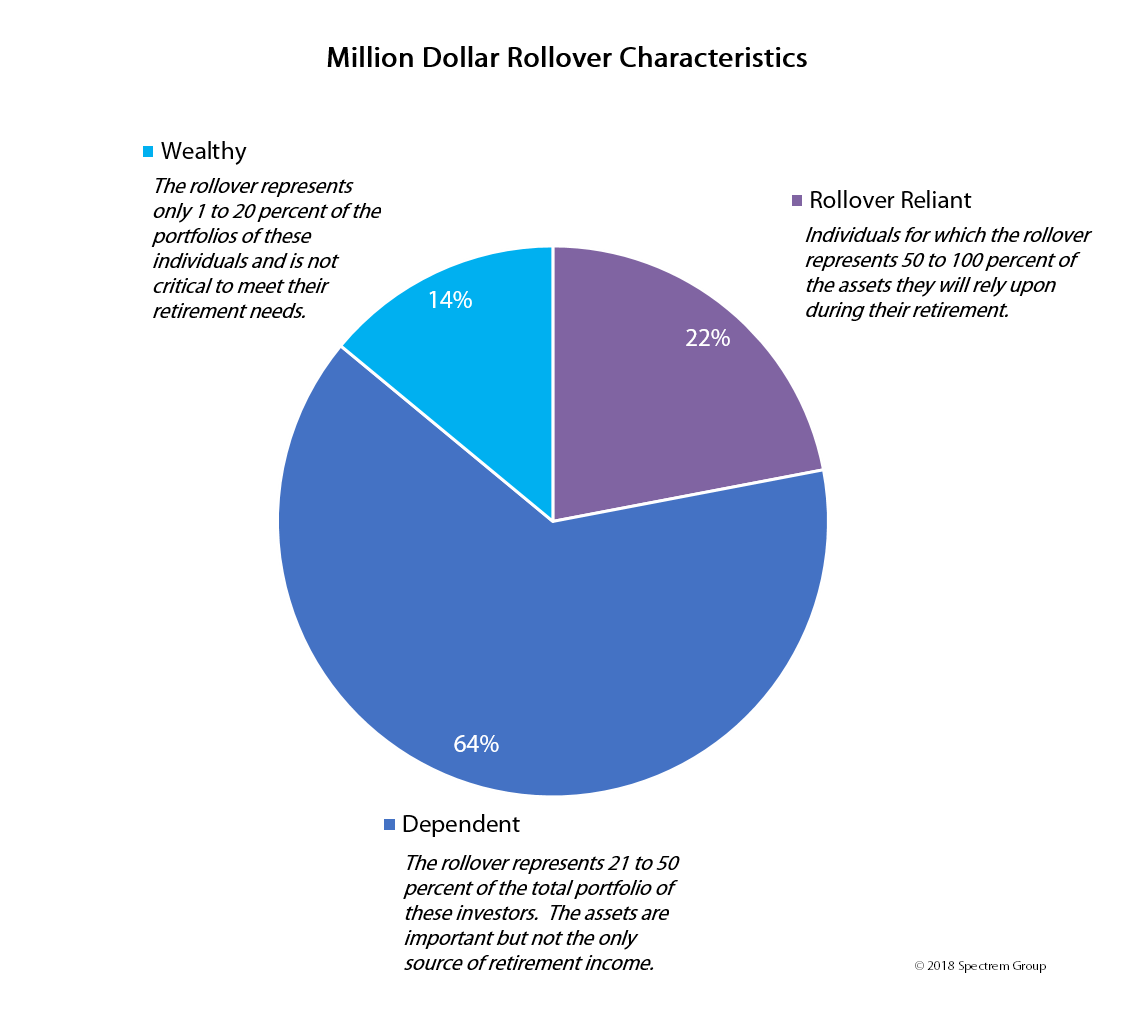 For some investors, their retirement savings plan revolved around one account – their employee-sponsored 401(k). Over the years, they ended up with a high six figures or even $1 million or more in their retirement accounts and eventually decided to place those funds into a Rollover IRA.

There is a difference between investors based on how much they are going to rely on their rollover for retirement income and much of the difference relates to advisor usage.

Spectrem’s unique study on IRA rollovers tells the tale. The Millionaire Dollar Rollover Opportunity explains the differences between investors who have a majority of their retirement income in their rollover versus those who have other retirement asset accounts.

These millionaires are then compared to each other based on age, total net worth, and how much of their total retirement assets are housed within the rollover IRA.

“Investors who have more than 50 percent of their retirement assets in a rollover IRA need to know that account is being served and serviced appropriately,’’ said Spectrem president George H. Walper Jr. “This report shows that many investors for whom their rollover IRA is 'everything' from a retirement standpoint are not taking advantage of the advice they could be getting from a financial advisor.”

The good news for advisors is that 81 percent of all of the investors from the study use an advisor. What is concerning is that only 76 percent of the Reliant segment uses an advisor, and with so much of their retirement funds tied up in the rollover, it would seem they could use the advice of a financial advisor about administering that account.

It is also interesting to note that the Reliant segment is more likely than others to use an investment manager or a mutual fund company representative rather than a full service broker as many of the other rollover holders do.

The rollover IRA holders were asked who was involved in the decision to roll over assets, and again, the segment of investors most dependent upon their rollover assets were the least likely to discuss the transfer with their financial advisor. Only 47 percent of the Reliant segment did so, while 66 percent of the Wealthy segment talked to a financial advisor before completing the rollover.

It is noteworthy that the Reliant segment report the greatest level of confidence their assets will last through their retirement, although considering all of the investors in the study have at least $800,000 assigned to their rollover IRA, the differences in comfort level are slight.

Most investors with sizable rollovers believe their advisor relationship should be a lifelong relationship when possible, including financial advice through retirement, not just up to the day the investor quits work. Eighty-two percent have that expectation, while only 47 percent think advisors should provide information on long-term care insurance or on elder care for parents. Obviously, rollover IRA holders look at their advisor relationship as a long-term one.