When The Inheritance Is A Surprise 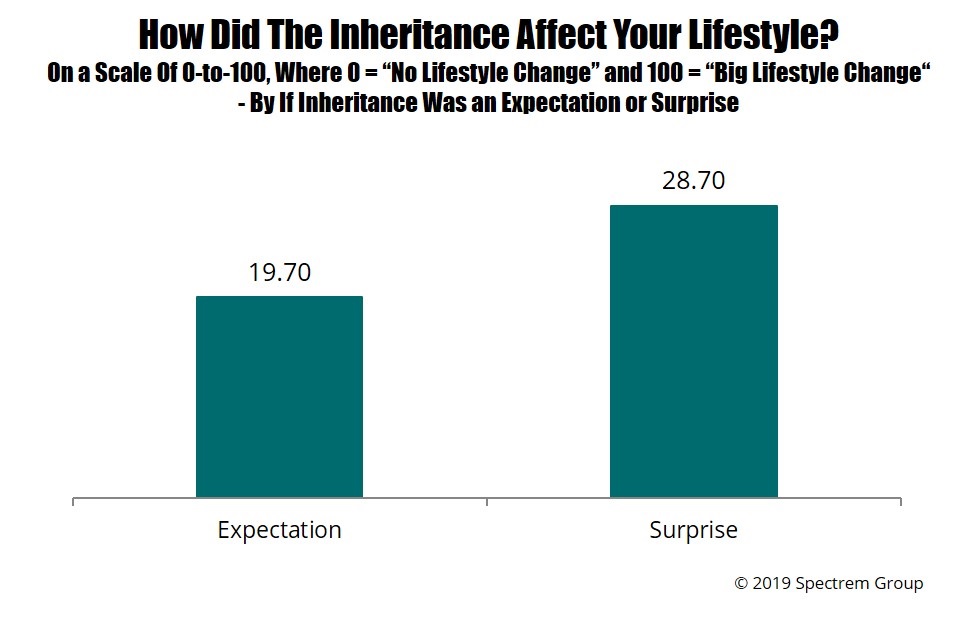 It’s the stuff of movie legend, that moment when a main character is surprised to find out that he or she is the beneficiary of a major inheritance. Comedy and drama soon ensue.

Spectrem’s new study Legacy 2.0: Baby Boomers and Inheritances asked investors with an inheritance of $500,000 or more the details surrounding their own inheritance and their plans for transferring their own wealth to their beneficiaries upon their passing. The idea was to see if investors learn from the events of the past.

Most people who inherit hundreds of thousands of dollars are aware the money is coming at some point. They may not know the amount, but they know they will someday receive an inheritance from parents or other family members.

However, there are occasions when the inheritance is a surprise. Such a thing does not ONLY happen in the movies.

How can someone receive an inheritance of $1 million or more and not know it was coming? For those inheritors who were surprised, the answer is that many (24 percent) of them received the inheritance from extended family, friends or others, as opposed to receiving the inheritance from parents or grandparents, who would struggle to keep that eventual wealth transfer a secret from the future beneficiary.

The people studied for this report had a net worth of at least $1 million following the inheritance, so they generally were well off financially to begin with. Asked if the inheritance affected their lifestyle, those surprised inheritors rated their response at 28.70, a very low level. It was, however, much higher than the lifestyle change derived by inheritors who knew the inheritance was coming (19.70, a virtual zero in terms of statistical analysis).

Much of the study discusses the level to which inheritors are involved in the inheritance process prior to receiving the inheritance, and obviously, for investors who receive an inheritance as a surprise, the answer is “not at all”. But those inheritors are then asked how involved their own family members are in the wealth transfer they have planned for the future, and the surprise inheritors responded 24.58 on a 100-point scale. That is an indication that the surprise inheritors were not significantly impacted by the surprise, at least enough to want to make sure their own beneficiaries are aware of what is going on with their personal wealth.