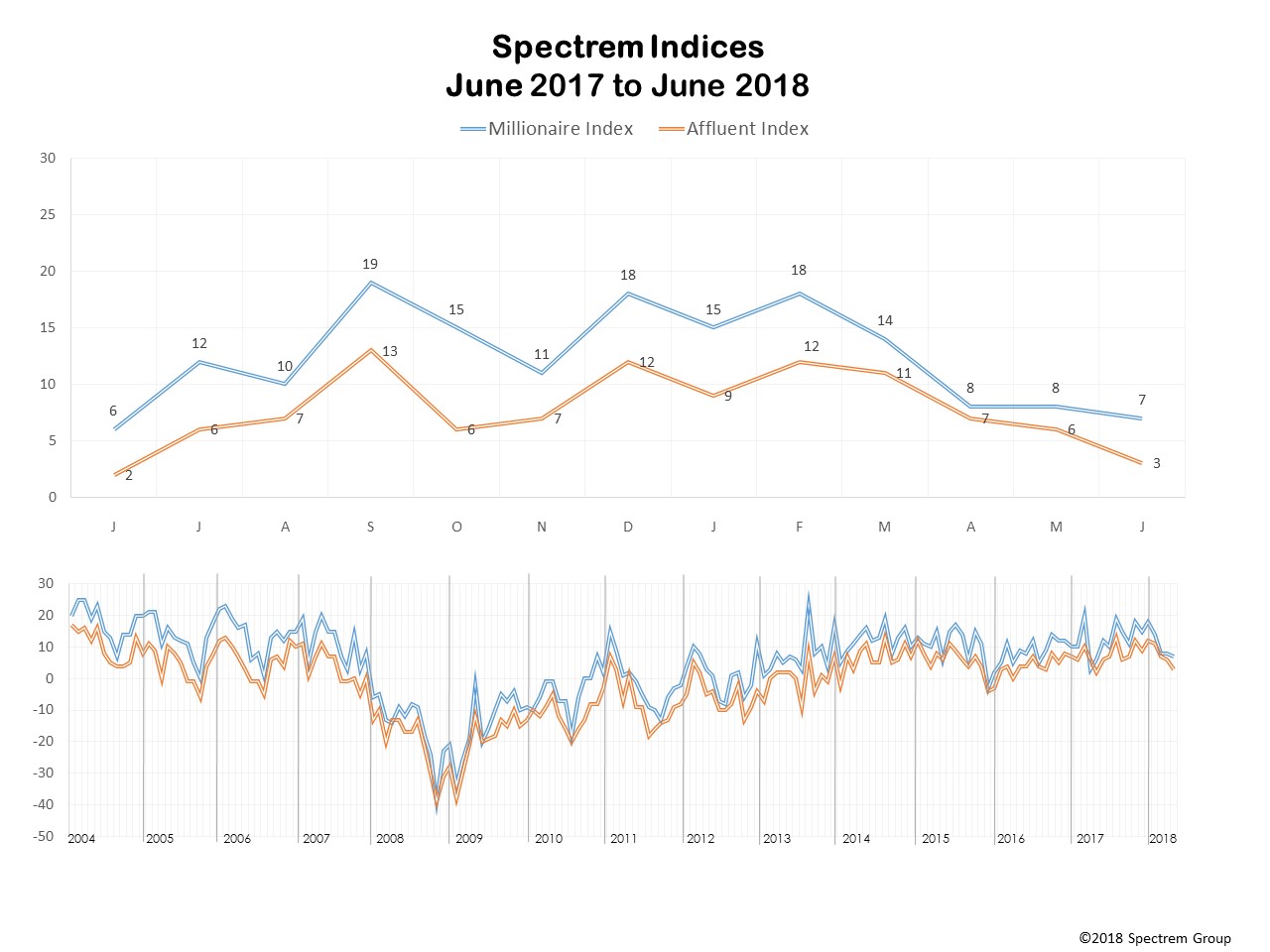 Does anyone know what is going on with tariffs aimed at China, Europe, and America’s NAFTA partners Mexico and Canada? Does anyone know the full effect which will come from the rebound tariffs from those foreign governments aimed at the United States?

Confusion regarding the economic direction of the United States is reflected in the June Spectrem Affluent and Millionaire Investor Confidence Indices, as both numbers fell and reflected a three-month downturn in the confidence of investors overall.

The decrease in confidence overall is reflected in several specific categories in the index, including those investors Not Investing (those who are not increasing their investment totals). Among non-Millionaires, 47.8 percent said they were not increasing their investment level, and that is the highest level of non-participation since July of 2017.

The Spectrem Household Outlook, a measure of the long-term confidence among investors in four financial factors which impact a household’s’ daily life, fell to 24.60, but that drop was entirely due to a complete lack of confidence in the Economy among non-Millionaires. Their rating of the Economy dropped to -0.90, the first time any Outlook number has been in negative territory since June of 2017, when the Outlook on the Economy was at -0.82.  The Millionaire Outlook actually rose considerably to 30.04, the highest level since March.