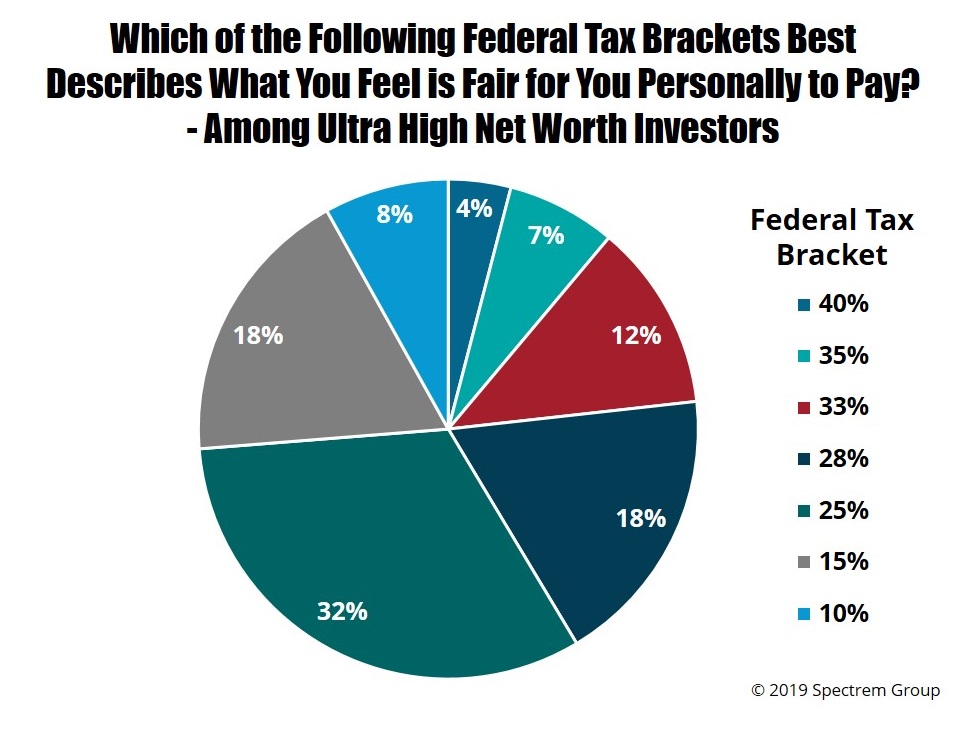 Congressperson Alexandria Ocasio-Cortez shook the nation with a suggestion that the United States return to a progressive tax that would reach 70 percent for incomes over $10 million. Senator and Democratic presidential candidate Elizabeth Warren followed up on Jan. 24 with a proposal for an annual wealth tax on households with a net worth over $50 million.

According to the University of California, Berkeley, Warren’s proposal would only impact 75,000 U.S. households. But any tax on accumulated or earned wealth above a certain level can be seen by wealthy investors as a personal attack.

Spectrem regularly asks investors how they feel about their current tax standing, and has also asked about the possibility that wealthy investors might contribute more than they currently are required to do by today’s tax laws.

Here are some results from surveys of wealthy investors: