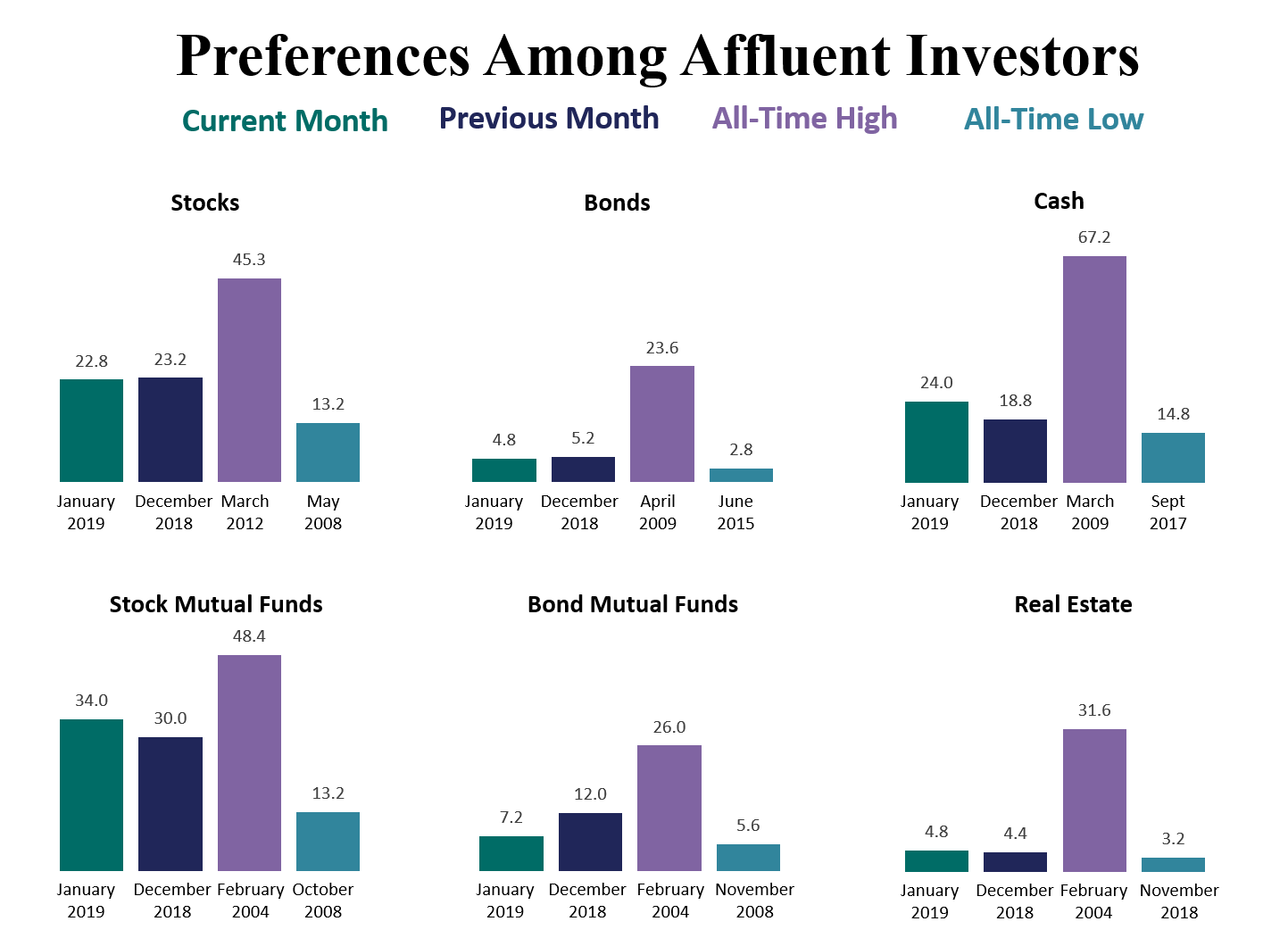 One must appreciate the optimistic nature of the wealthy American investor.

Amid the longest government shutdown in the history of the United States, along with back-and-forth good news/bad news related to negotiations with China, newly discovered nuclear plants in North Korea, and whatever is going on with Brexit, investors decided to inch forward with investing plans after taking a deep dive in December.

With the Dow Jones somehow reporting gains for three weeks in a row through the government shutdown, investors reported a slight improvement in confidence in the markets in the January Spectrem Investor Confidence Index.

The Spectrem Investor Confidence Index survey was conducted Jan. 18-24, 2019, when the federal government remained shut down.

Perhaps the best measure of renewed confidence comes in investors Not Investing, the category of investors who simply state their intention to maintain their current investment levels or decrease it. Among both Millionaires and non-Millionaires, those Not Investing dropped notably, indicating an increased participation among all investors despite the uncertainty of government operation at the time of the survey.