Stock Investing, Not Investing Numbers Rise at the Same Time 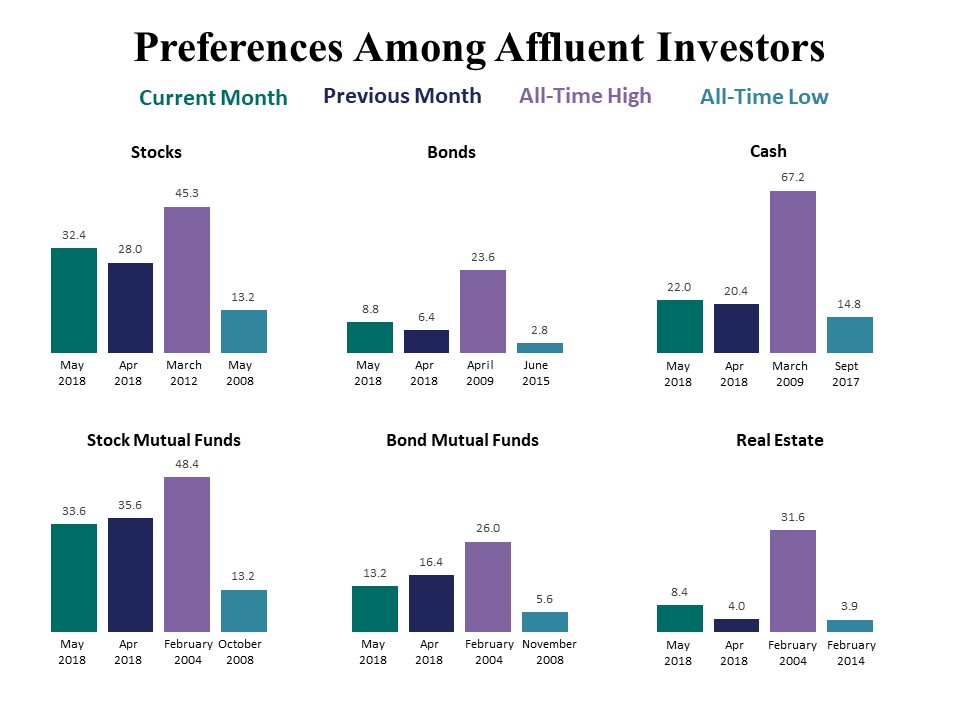 Amid ever-changing American relations with Asian countries, it is difficult to know how to invest funds with an eye toward future growth.  So, in the month of May, some investors increased their investments in the Stock Market, while others chose to maintain a steady hand.

The May fielding took place May 22-26, 2018, while plans for the North Korean summit went from yes to no to maybe.