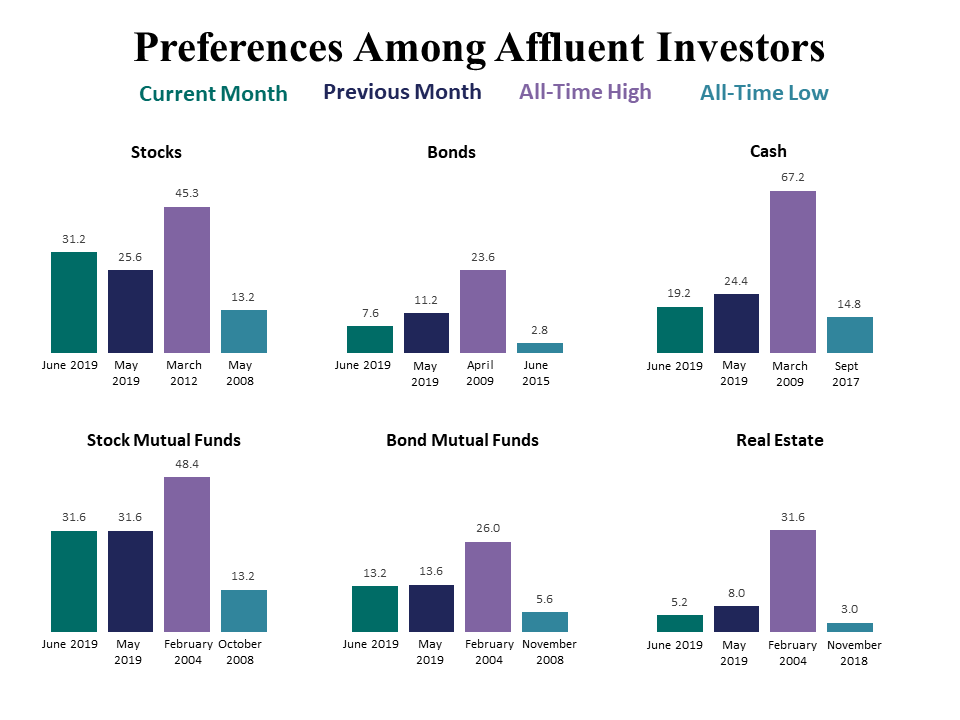 In June, the stock market continued its slow climb to previously unseen heights, and the news of the day promised more great advancements for investing in the American economy. President Donald Trump has trade negotiation meetings scheduled with Chinese President Xi Jinping on June 28, the Federal Reserve chairman suggested interest rate cuts might come later in the year, and the euphoria of the summer produced heightened levels of investing interest among consumers.

According to Spectrem’s Investor Confidence Indices, investors in June showed renewed interest in investing in individual stocks after pulling away from that category of investing for several months. At the same time, they reduced their interest in increasing allocations in the safer markets of individual bonds and cash products. This was true for both Millionaires and non-Millionaires, although there was a slight increase in Millionaires not investing, which are those who are not extending their portfolios in the coming month.