Pensioners Want More Than Their Money 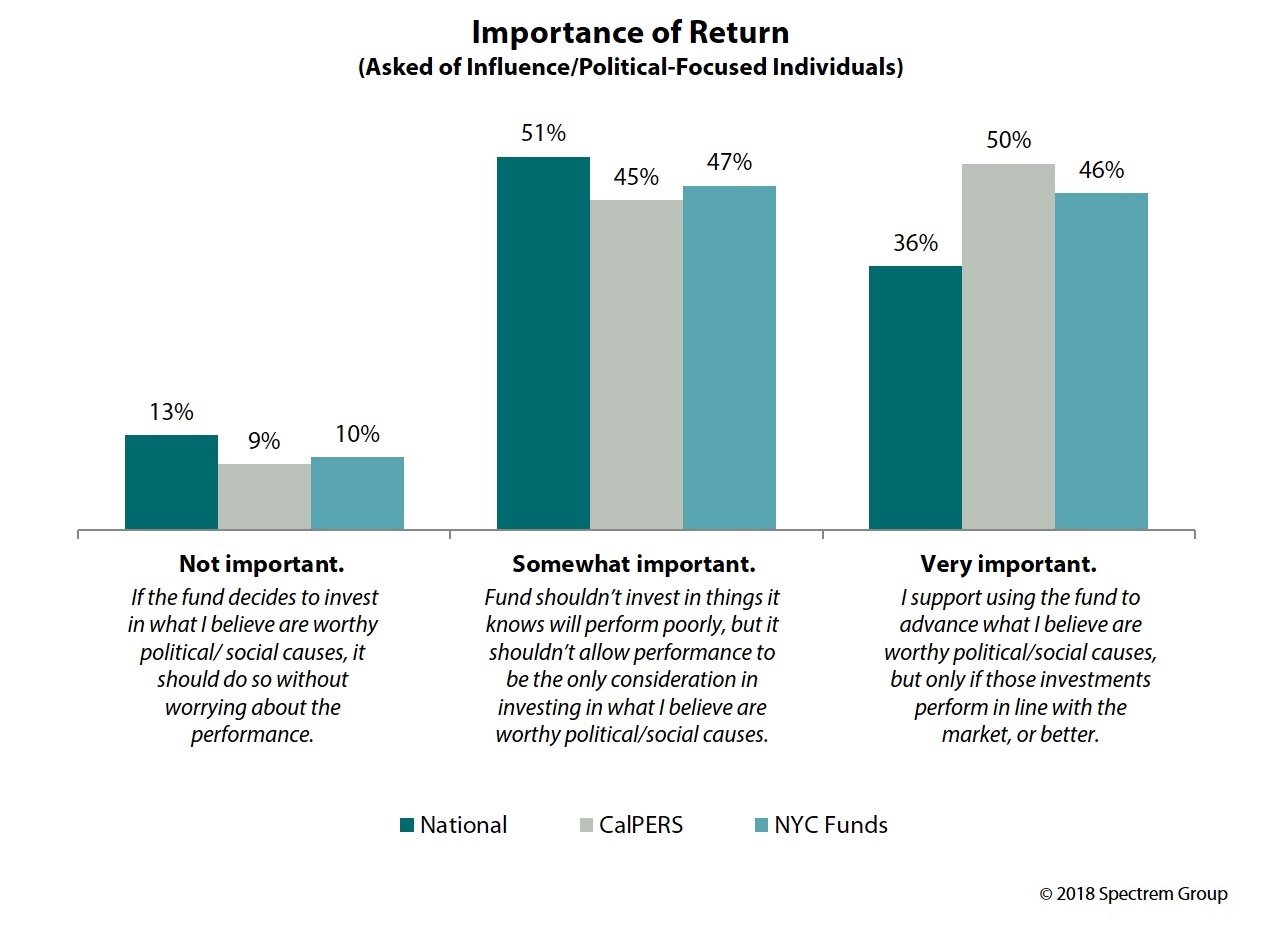 Millions of Americans are covered by pensions, and as a result have a jump start on their retirement income, which provides a corresponding comfort zone other American workers do not enjoy.

Spectrem’s new and unique look at the American pension system – Tensions with Pensions: An Analysis of Public Pension Fund Members’ Knowledge and Sentiment about How Their Money is Being Invested - shows just how attentive pensioners are to the fund details, and what they expect in terms of fund investing decisions.

“Pension boards make many decisions related to the fund investment activity, and pensioners pay close attention to those decisions,’’ said Spectrem president George H. Walper Jr. “What the study determined is that for all the talk some pension members have about pension funds doing good works, the truth is that most pensioners just want what is best for the fund. They also pay close attention to the time involved in pension voting decisions. Pensioners are not just along for the ride.”

The study compiles survey results from members of the California Public Employee Retirement System (CalPERS) and New York City Retirement Systems (NYC Funds) and compares them to a national pension average that takes data from several other pensions.

Asked what pensions should focus on, 78 of national pension members said it should be on managing the pension to be fully funded as the No. 1 priority. Seventy-four percent of CalPERS members and 66 percent of NYC Fund members felt the same.

What are the other options? Eleven percent of the National group think the pension’s No. 1 function should be influencing the companies the pension invests in by filing shareholder proposals, and 11 percent believe the fund should function first as an investment tool into political or social causes which the pensioners deem important. A greater percentage of NYC Fund pensioners were likely to believe the shareholder proposals and socially responsible investing were more important than managing returns.

These pension boards also spend time and money dealing with shareholder voting issues. That cannot be stopped: pensions have billions of dollars to invest and must make wise decisions about those funds. But pensioners, who are effectively sponsoring this voting procedure, overwhelming want an explanation of the time spent on shareholder voting, and a justification for the way the pension voted. This is especially true of younger pensioners, who want all matters related to their pension to be made as clear as possible.

Pensioners who pay this kind of attention to the execution of their pensions are going to pay this kind of attention to other forms of investments. Advisors working with pensioners need to understand the detail which interests investors, and not be surprised (or unwilling to share) when an investor asks pointed questions about investment decisions.

The nation’s free ride that resulted from the economic boom of the 1980s and 1990s ended in 2008. Since then, pensioners and other investors have paid more attention to their portfolios in order to be protected from the next downturn. Advisors must be prepared to address the concerns of investors on all investment topics.