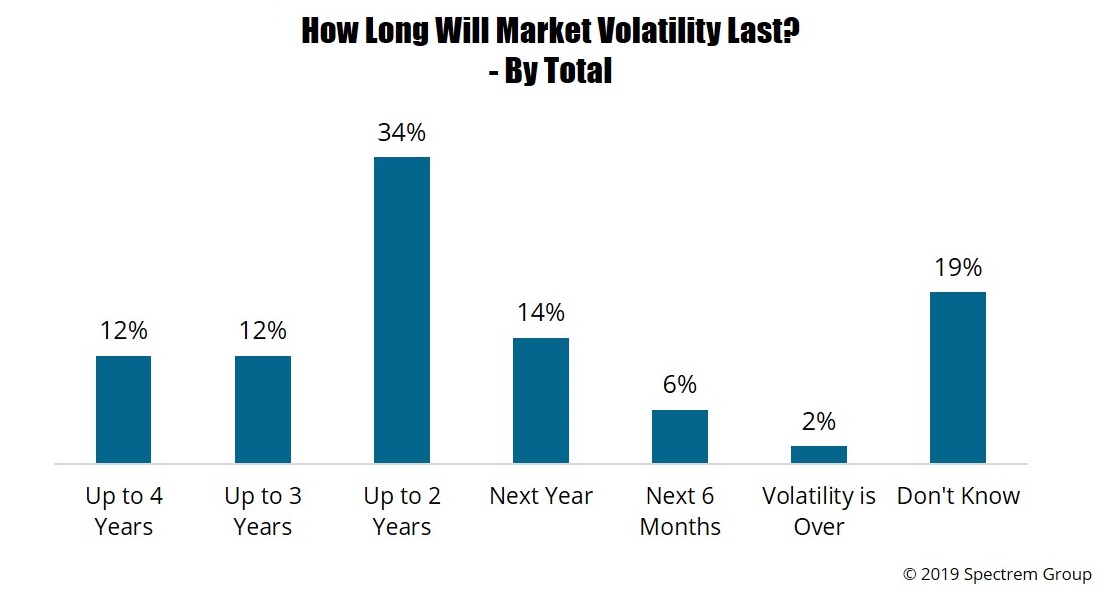 Predicting the direction of the U.S. stock market is an art form, and some people are amazing artists. Warren Buffett is one man who has built his empire on his ability to correctly predict what companies will do well and what mutual funds will not as the market goes about its daily business of rising and falling.

Investors would love to know they are going to be successful in predicting the direction of the Dow Jones Industrial Average, NASDAQ and S&P 500, among other indices. They would do the Dance of Joy to know their investable assets are definitely going to grow according to their plan.

But the stock market is an uncertain field of data. It is both predictive and reactionary. In terms of certainty, it has none. In recent history, as in the year 2018, the stock market was as turbulent as it has been in years, and there was no predictive path that anyone could see in every future month. The stock market in 2018 was a crapshoot.

So how do investors in 2019 feel about the stock market as an indicator of investment success?

Questions were put to investors as part of Spectrem’s study Evolving Investor Attitudes and Behaviors and discovered there is a general sense of optimism among wealthy investors toward the financial fortunes of the country and the world.

According to the study, the Dow Jones Industrial Average is the most followed stock market indicator (41 percent of investors say it is the index they follow most closely), so it is the one to use in discussing investor sentiment as recorded in the study.

Investors were asked to predict where the Dow Jones would reside at the end of 2019, and the questions were asked in early 2019 when the stock market had completed its recovery from the December 2018 downslide.

Forty-eight percent of respondents said the Dow Jones would still be above 25,000 at the end of 2019, and 36 percent said it would be above 26,000. Twenty-two percent predicted it would reach record highs of beyond 27,000.

The pessimists in the group were fewer, with only 24 percent predicting a slide below 25,000. On the other hand, 29 percent admitted they had no idea where the Dow Jones would be some 9-10 months into the future.

The stock market is always closely watched by advisors and those investors who alter their investments based on daily results. But in 2018, stock market watching was one of the most popular activities in America, because the market was making big swings on a daily basis, especially in the final few months of the year.

And many investors surveyed for the Spectrem study expect the stock market to remain volatile through the remainder of Donald Trump’s first term as President. Thirty-four percent said the market volatility will last another two years, and 24 percent said it would last well past the 2020 election period. That describes a prediction that market volatility is an ongoing and never-ending proposition.