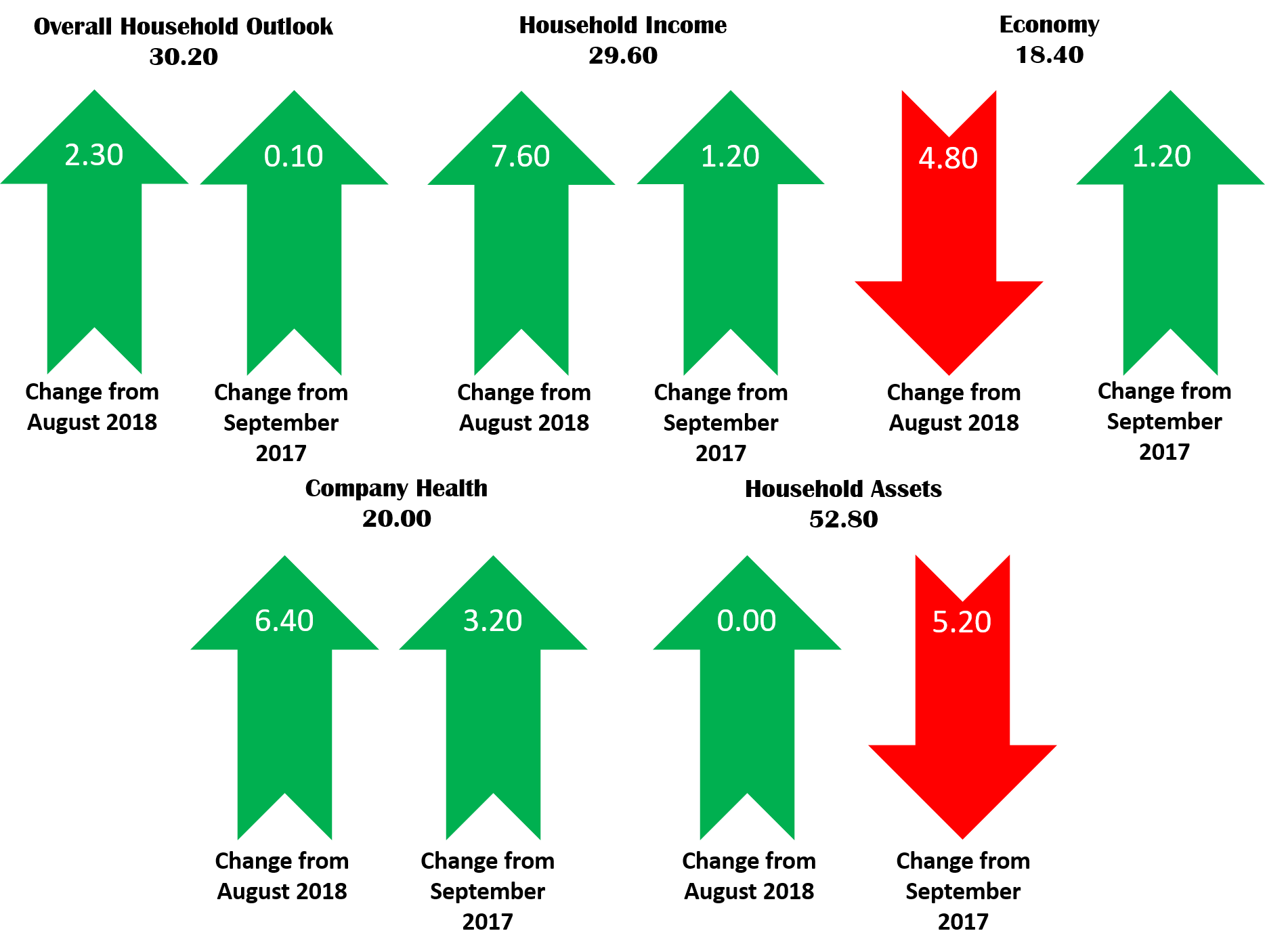 The Spectrem Household Outlook, which is designed to measure an investor’s optimism about four financial components in their daily lives, came in at 30.20 overall in September, a tiny 2-point increase from the previous month. But the Outlook has been on the rise for three months straight and is at a level not seen since January, when it hit 39.90.

So, in general, the Outlook among investors is positive.

Among the four components which make up the Outlook, both Household Income and Company Health saw increases while Household Assets remained steady and the Economy dropped among both Millionaires and non-Millionaires.

52.80, identical to the number from August