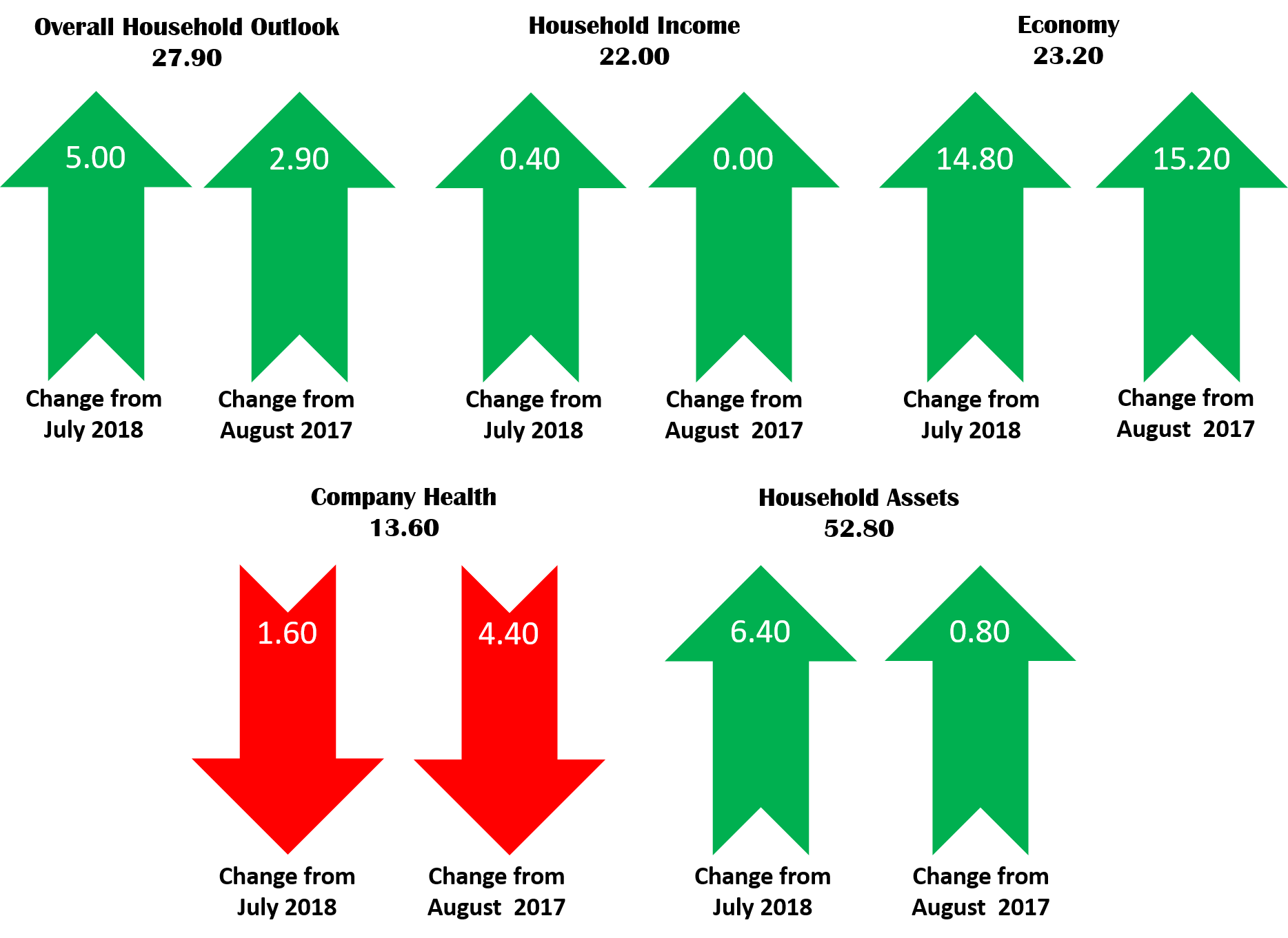 When an investor considers the fate of his household’s finances, he or she can complete the task with a feeling of satisfaction or dread. In August, investors were pleased with the way things are going, especially among Millionaires.

The Spectrem Household Outlook, which is designed to measure an investor’s optimism about four financial components in their daily lives, came in at 27.90 for August, its highest mark in five months. Continuing high marks for the American stock market, plus employment statistics and other positive economic indicators, spurred wealthy investors to look positively at the way household finances are headed.

The last time the Spectrem household Outlook was this high was in March, which itself marked the tail end of a six-month span of optimism among American investors. Since then, the Outlook has hovered between 23-26 but bottomed out at 22.70 in July, the lowest ranking since June of 2017.

Among the four components which make up the Outlook, the greatest improvement was about the Economy, which is regularly the most volatile standard. Overall, the rating for the Economy rose to 23.20 from 8.40, and jumped 17 points among Millionaires and more than 12 points among non-Millionaires.