Millionaires Have A Bad Outlook 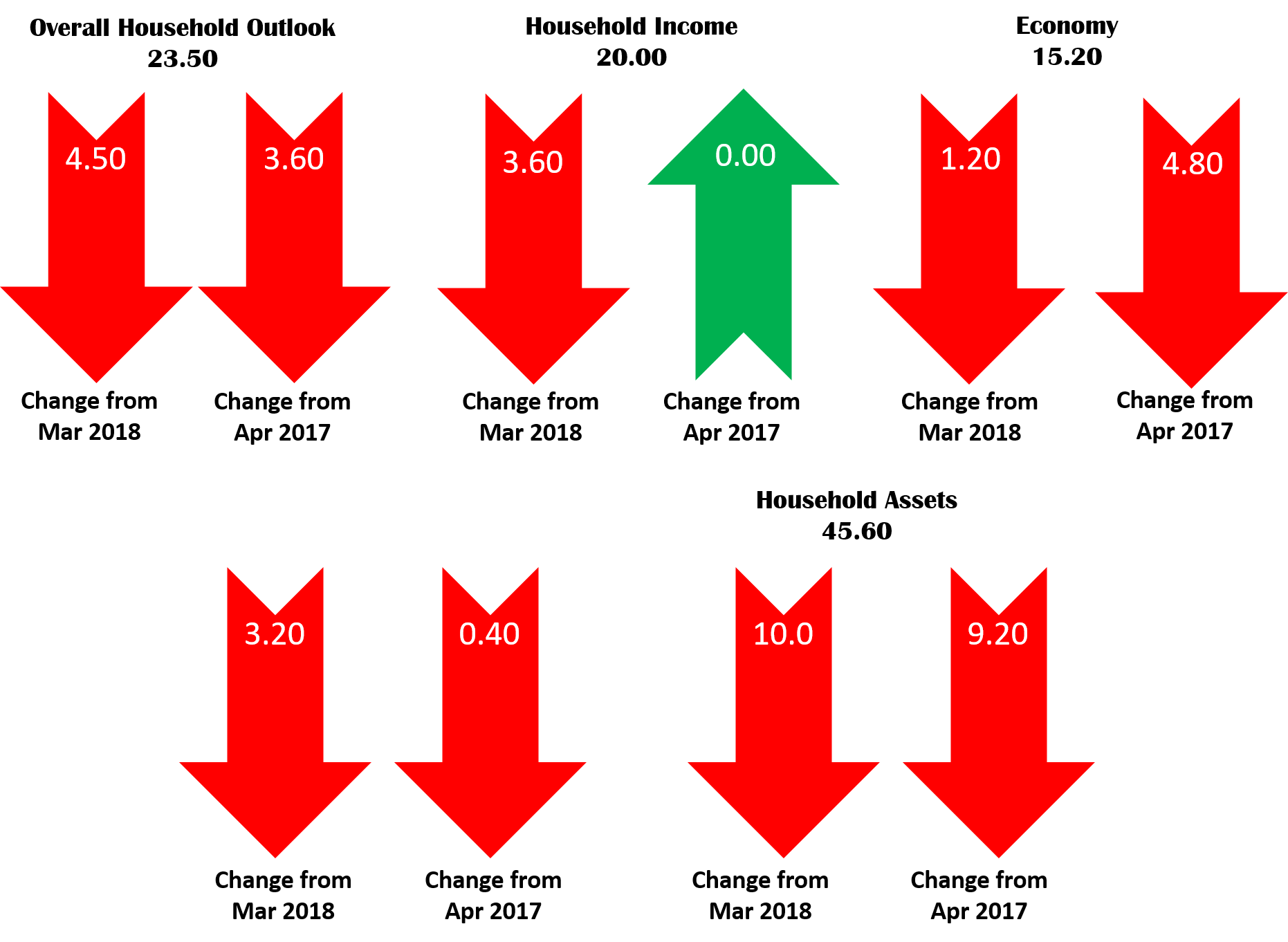 It’s fair to say no one really knows what the next few months will bring in terms of the American economy or its financial relationship with the rest of the world. With a lack of certainty, it is up to each individual American to decide if they choose to be optimistic or pessimistic about the future.

The April Spectrem Household Outlook, the monthly study of investor opinions regarding the state of the American economy, showed an increased pessimism (or a decreased optimism) among Millionaire investors for the coming months.

The Spectrem Household Outlook asks investors to rank four financial components in their lives in terms of how they perceive those components to be progressing. In April, Millionaire investors rated the overall Outlook at 22.48, the lowest mark since June of 2017, which was about the time the stock market began a six-month climb. Each of the four components fell among Millionaires as well, including a 17-point drop in Household Assets and a 12-point drop in Company Health.

This factor sees greater fluidity than the other components. In December, the Economy Outlook overall was at 12.80, then in January it jumped to 43.60 and has been on the decline since. The decrease in Millionaire Outlook for the Economy was just under 2 points but was mirrored by a similar increase among non-Millionaires.

Republicans reported a 13-point drop in their Outlook on the Economy, the largest decreases among all segments.

The only segment to report an improved Outlook for Household Assets was non-Millionaires, but the improvement was by less than 1 point.

Household Income numbers do not vacillate much month-to-month, but this is the second consecutive month the Outlook for Household Income has dropped overall. Millionaires again were responsible for the decrease in Outlook, dropped their average rating to 19.38, marking the first time in eight months that Millionaires had a lower Income Outlook than non-Millionaires, who were at 20.68.

Females actually reported an improved Outlook for Household Income in April to 10.98 while males reported a decrease to 24.40, more than 6 points lower than in March. It is at its lowest level among males since October.

This is an Outlook component that examines the effects of the current economy on the well-being of the company for which the investor works, and the Company Health Outlook dropped in April to its lowest level since October. Millionaires led the pack with a decrease of more than 12 points to 5.43, the first time since June Millionaires recorded a Company Health Outlook number in single digits and the lowest such rating since October of 2016, when no one knew the direction the country was going before the November election that year.