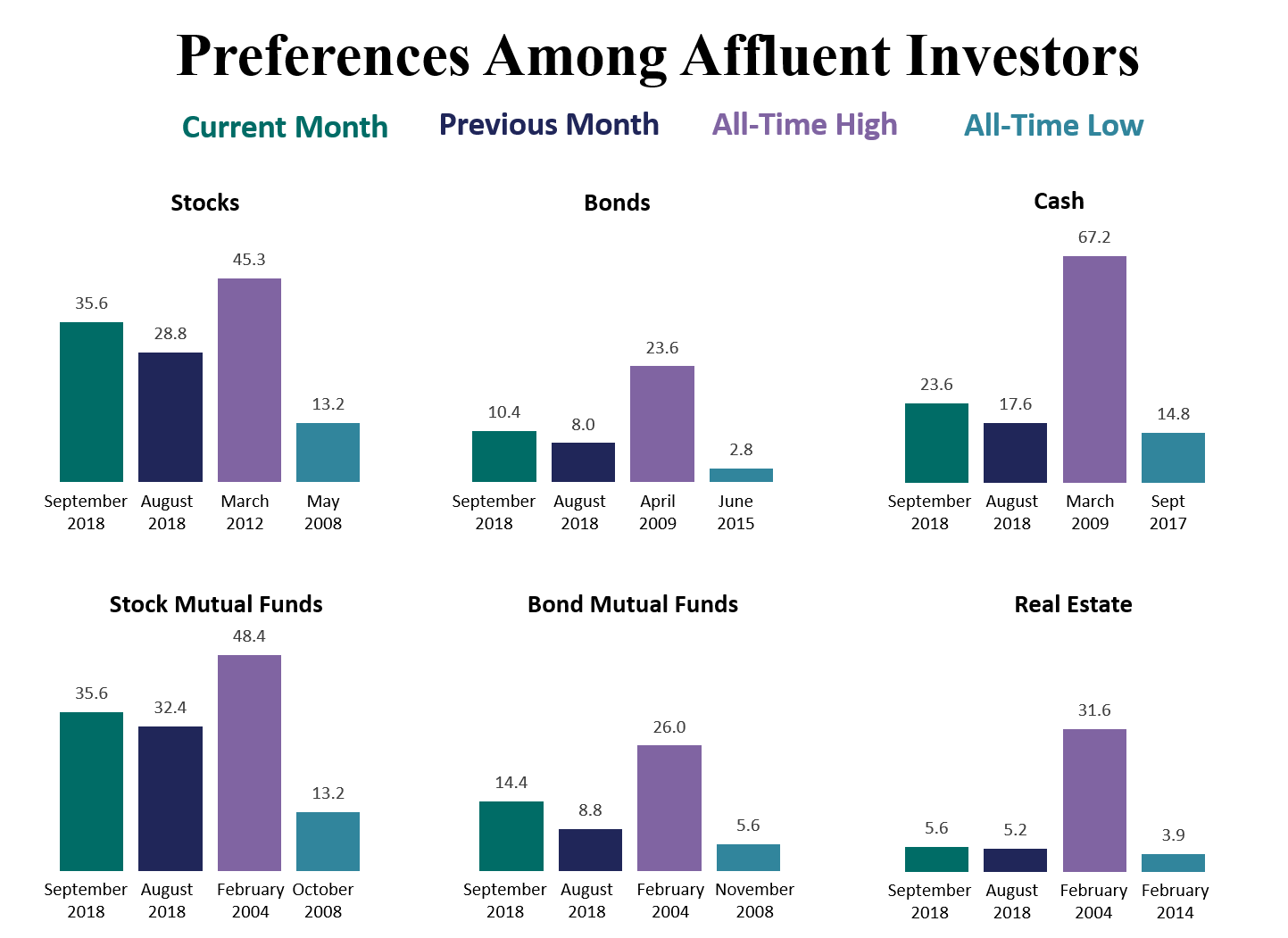 While Millionaire investors backed away from equity investments in September, non-Millionaires increased their participation in both conservative and speculative investment products, according to the Spectrem Investor Confidence Indices.

While the indices saw overall drops among both Millionaires and non-Millionaires in September, non-Millionaires increased interest in both equities and safety products like Cash and Bonds. The conflict between a lower confidence and increased participation shows just how confusing the current American economic picture is to investors.

The Spectrem Millionaire Investor Confidence Index, which measures the confidence of investors with $1 million in investable assets, dropped 13 points from 20 to 7, reversing the increased jump in August from 8 to 20. The Spectrem Affluent Investor Confidence Index, which measures confidence among investors with $500,000 in investable assets, dropped from 8 to 6 in September.

The September fielding took place Sept. 19 to 23, during which the stock market reached a new all-time high and President Donald Trump promoted new tariffs against China targeted at $200 billion in Chinese products.