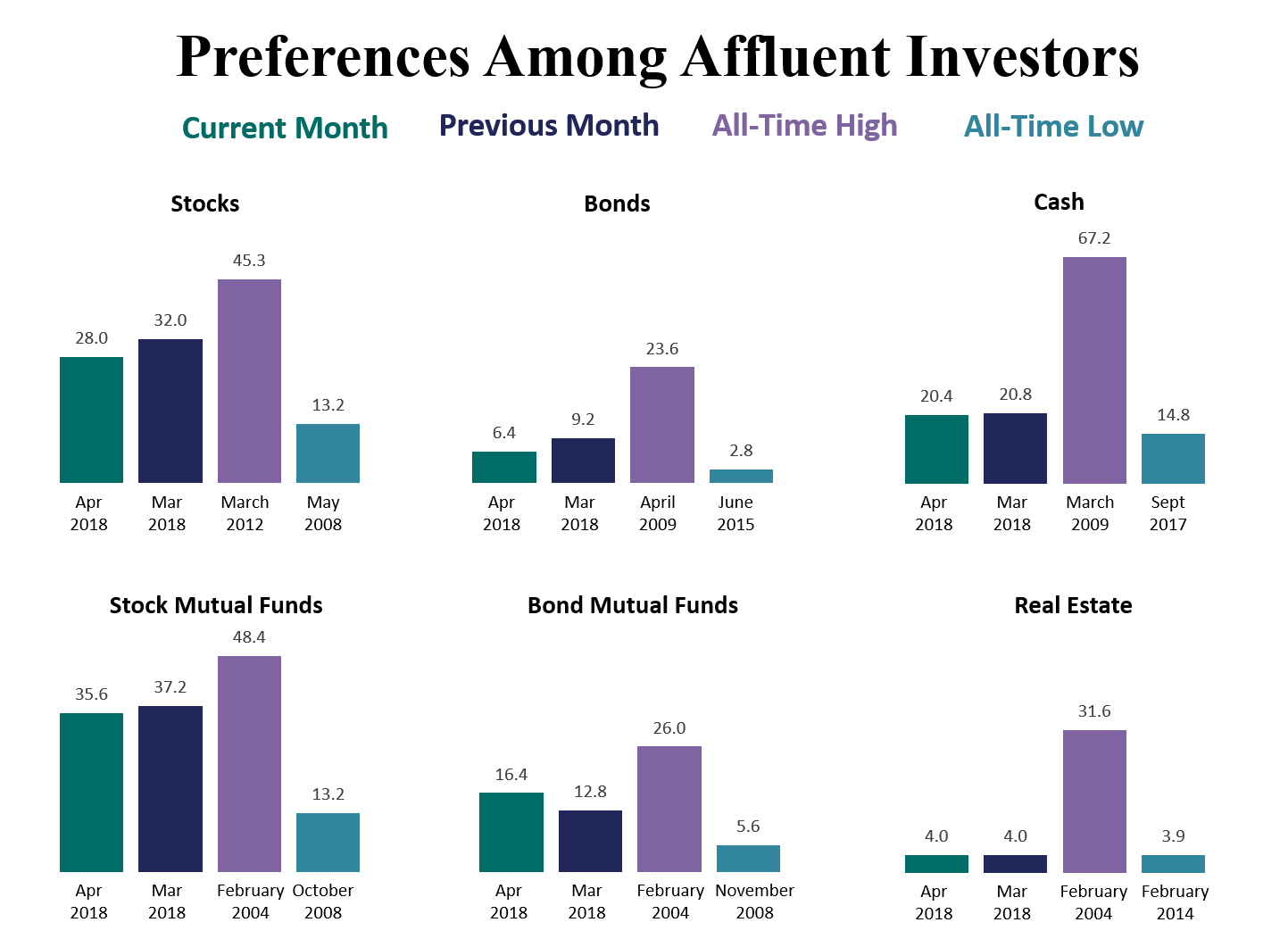 The U.S. stock market is impacted by foreign factors regularly, and continued negotiations with North Korea, China and Iran are creating a period of upheaval in the Dow Jones Industrial Average.

The SMICI (an index of investors with $1 million in investable assets) dropped 6 points in April, the biggest decrease since May of 2017 when the SMICI fell by a record-breaking 17 points amid high levels of political infighting in Congress. The SAICI (an index of investors with $500,000 in investable assets) fell 4 points, buoyed slightly by the less pessimistic non-Millionaire segment.

The April fielding took place April 19-23, during which the DJIA closed lower every day.