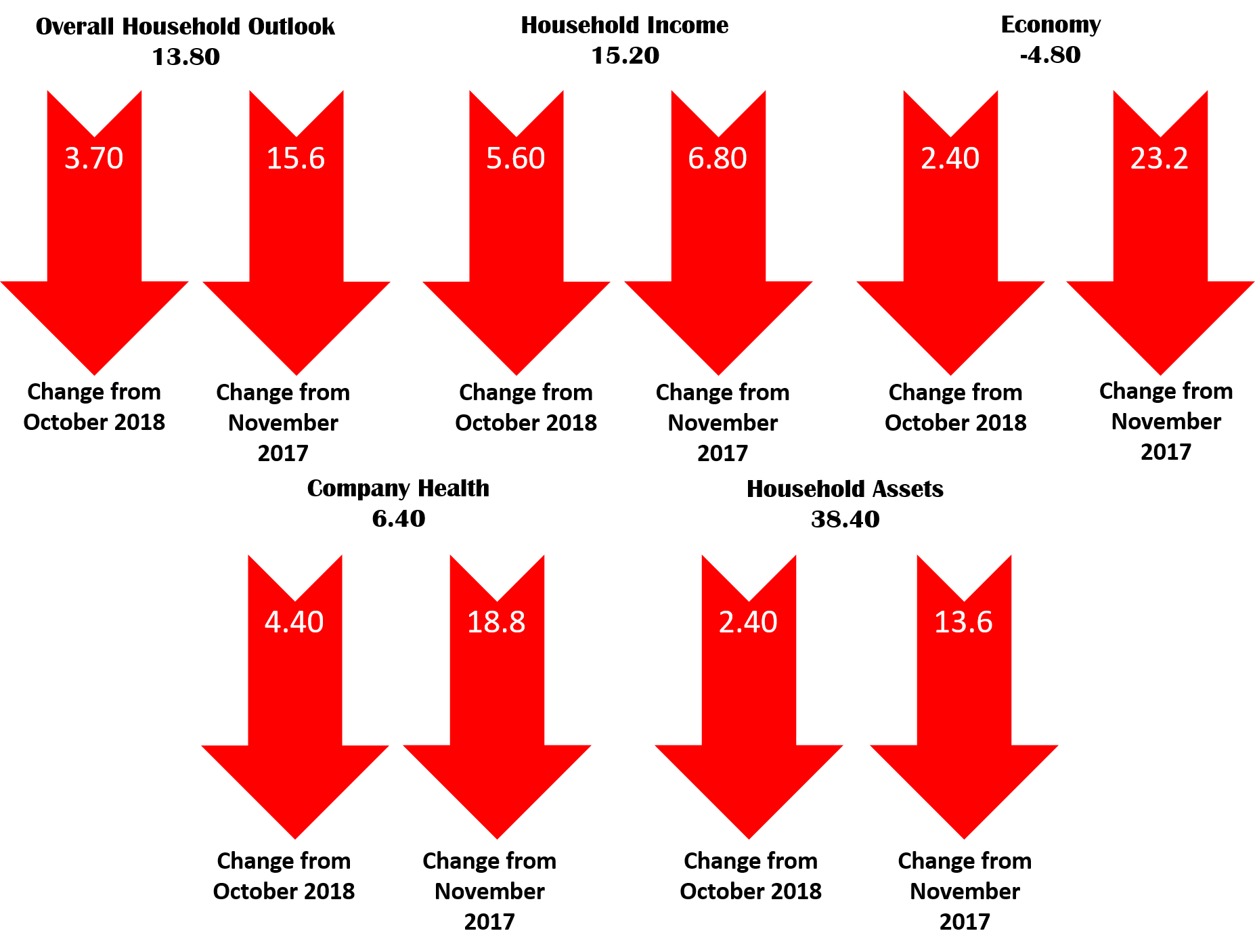 With all the clucking over the mid-term elections ended, investors in November turned to look at the future, and for Millionaires, the future seemed bright.

Among non-Millionaires, the Outlook fell more than 12 points to 8.84, hitting single digits for the first time in 2018. The only positive report non-Millionaires offered was in Company Health, in contrast to Millionaires.

The overall Outlook for the Economy stayed in negative territory for the second month and dropped slightly from October.