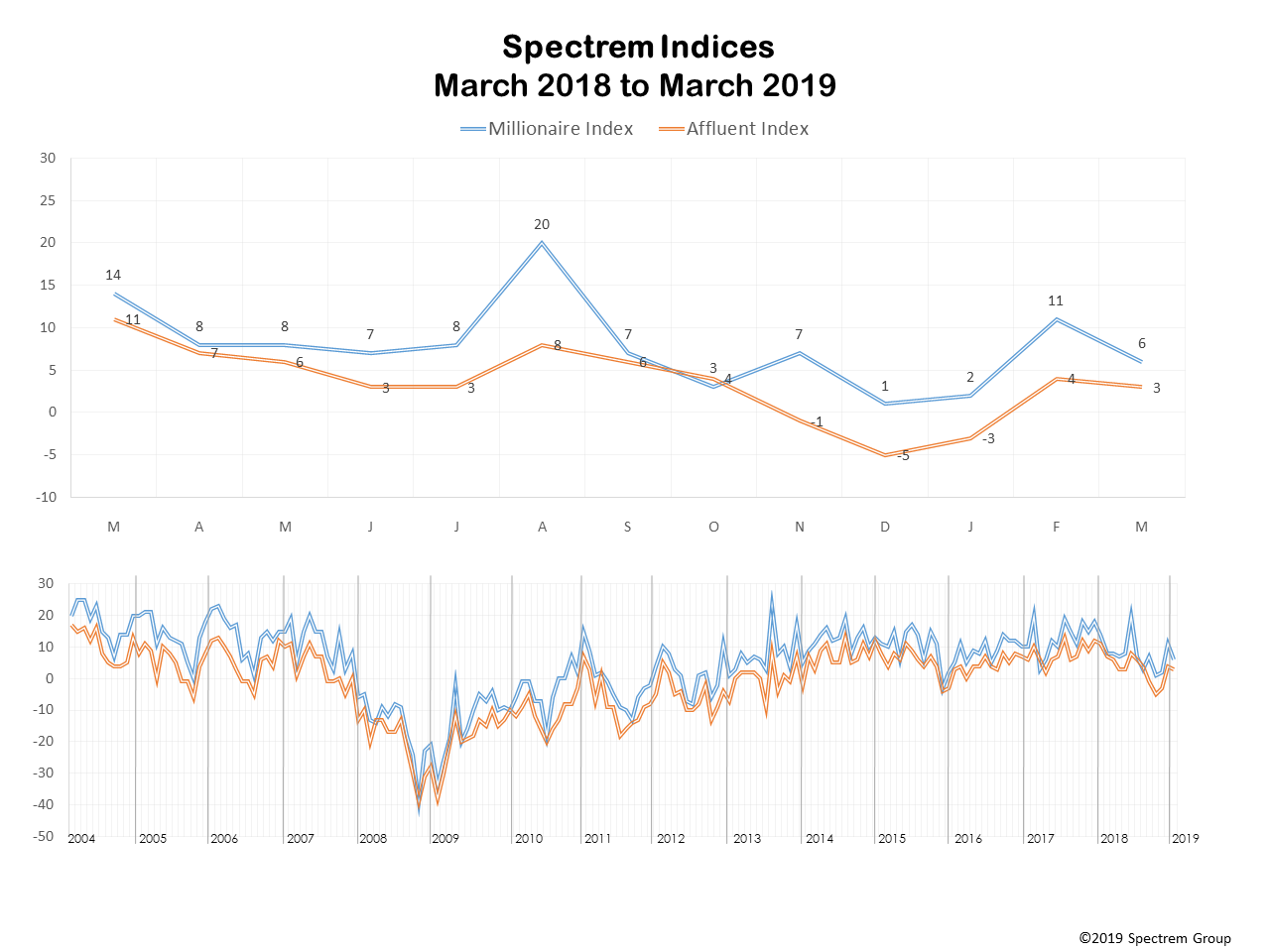 If investor confidence was tied specifically to the performance of the economy, the Spectrem indices would have climbed in March. Economic indicators continue to show growth, and the stock market indices stayed in their highest ranges three months after the frightening December dip.

But there is more to investor confidence than the central economic statistics, as indicated by Spectrem’s March indices report.

After two months of recovery from very low numbers in December, the Spectrem Millionaire Investor Confidence Index fell in March by 5 points , returning to single digits for the sixth time in the last seven months. For comparison, the SMICI was in double digits for nine consecutive months, from July 2107-March 2018, but has only been over 10 twice in the last 12 months.

The SAICI, which is almost always lower than the SMICI and also less reactionary to economic and market conditions, fell by 1 points to 3 in March after enjoying a pair of positive months.

During the period in which investors were surveyed, there was one event that created mixed emotions among investors. The Federal Reserve Board announced plans to keep the benchmark interest rate at its current levels, and investors read that as a sign that American economic growth had slowed. Manufacturing reports globally dropped in mid-March, and a U.S. automobile manufacturing plant in Ohio closed, giving rise to more investor concerns. Also, a promised conclusion to Brexit negotiations did not occur as planned, and the relationship between the United Kingdom and Europe remained up in the air.

Among all investors, Stock investing remained flat at 30.4 percent, but remained at 30 percent or higher for the second straight month. Stock Mutual Fund investing rose slightly, as did Individual Bond and Cash investing, although none of the changes were dramatic.

Spectrem’s Household Outlook, a measure of the long-term confidence among investors in four financial factors which impact a household’s daily life, rose slightly and remained above 20 for the second consecutive month after four months in the teens. The cause was a vast improvement in the Outlook over the Economy, which moved into positive territory among all investors for the first time in six months.