Investors Have Much To Worry About 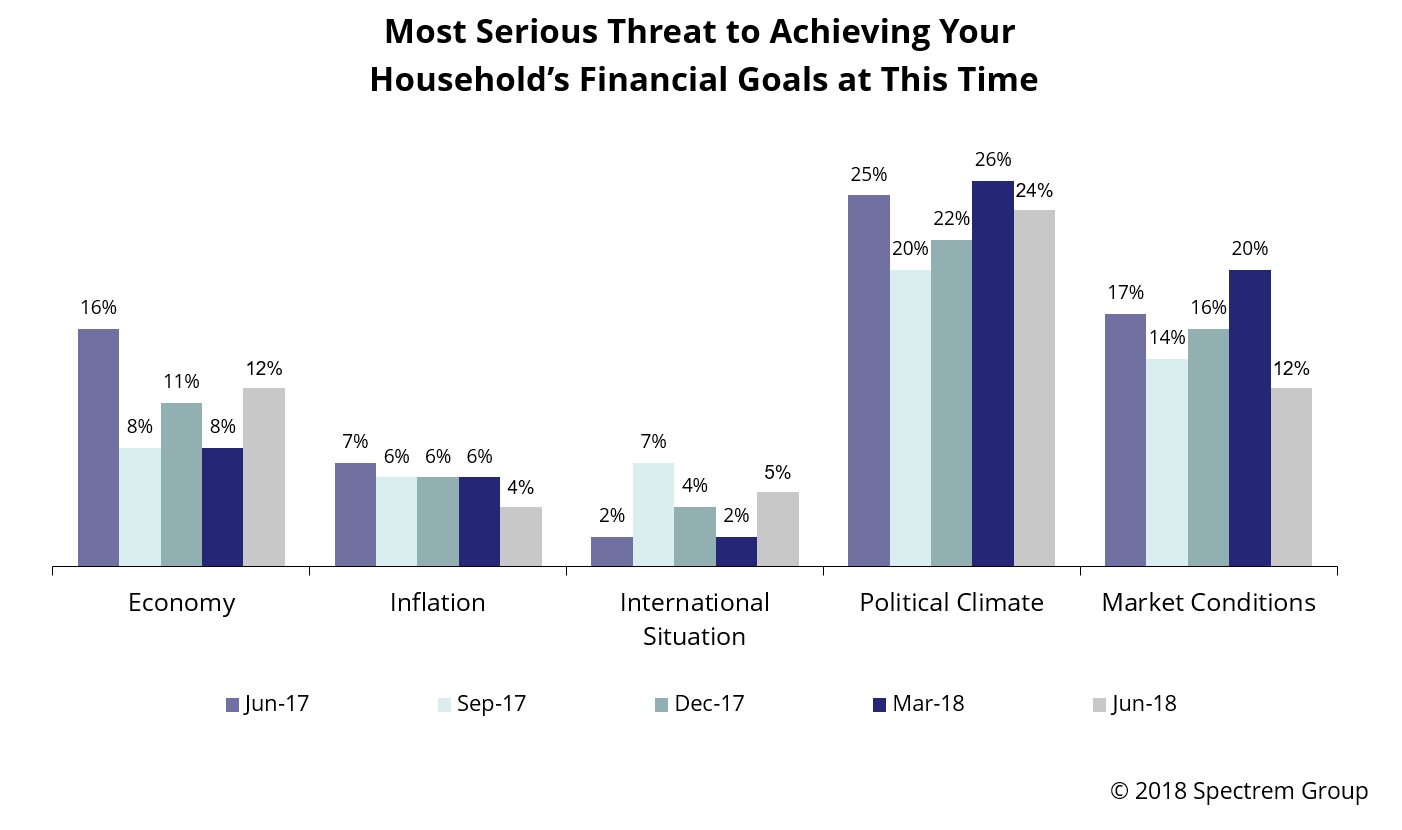 Reading headlines and TV network scrolls has become a required pastime in today’s tumultuous world. There always seems to be a great deal of big news happening every day.

It’s difficult for Americans to know what topic to concentrate their concerns on because there are too many choices.

That abundance of important issues to worry about is demonstrated in Spectrem’s Confidence Index for June, in which investors were asked to name “the most serious threat to achieving household financial goals”. While past surveys have seen investors focus on one topic over others, in June the answers were varied, indicating multiple thoughts among investors.

The answer most often cited was “political climate’’, which 24 percent of investors chose as the most significant threat to their financial situation. While that is one quarter of all responses, it is below the 30 percent of respondents who chose “political climate’’ when the question was asked in March of 2017, and is also less than the 26 percent who chose that response the last time the question was asked in March of 2018.

There was also an increase in the percentage of investors who said the political climate was the problem, up to 5 percent of all investors.

“international situation” received 5 percent of all answers. International relations obviously play a role in the current economic conditions in the United States, but investors apparently believe the political climate is a greater concern right now.