Investors Bounce Back Into The Stock Market 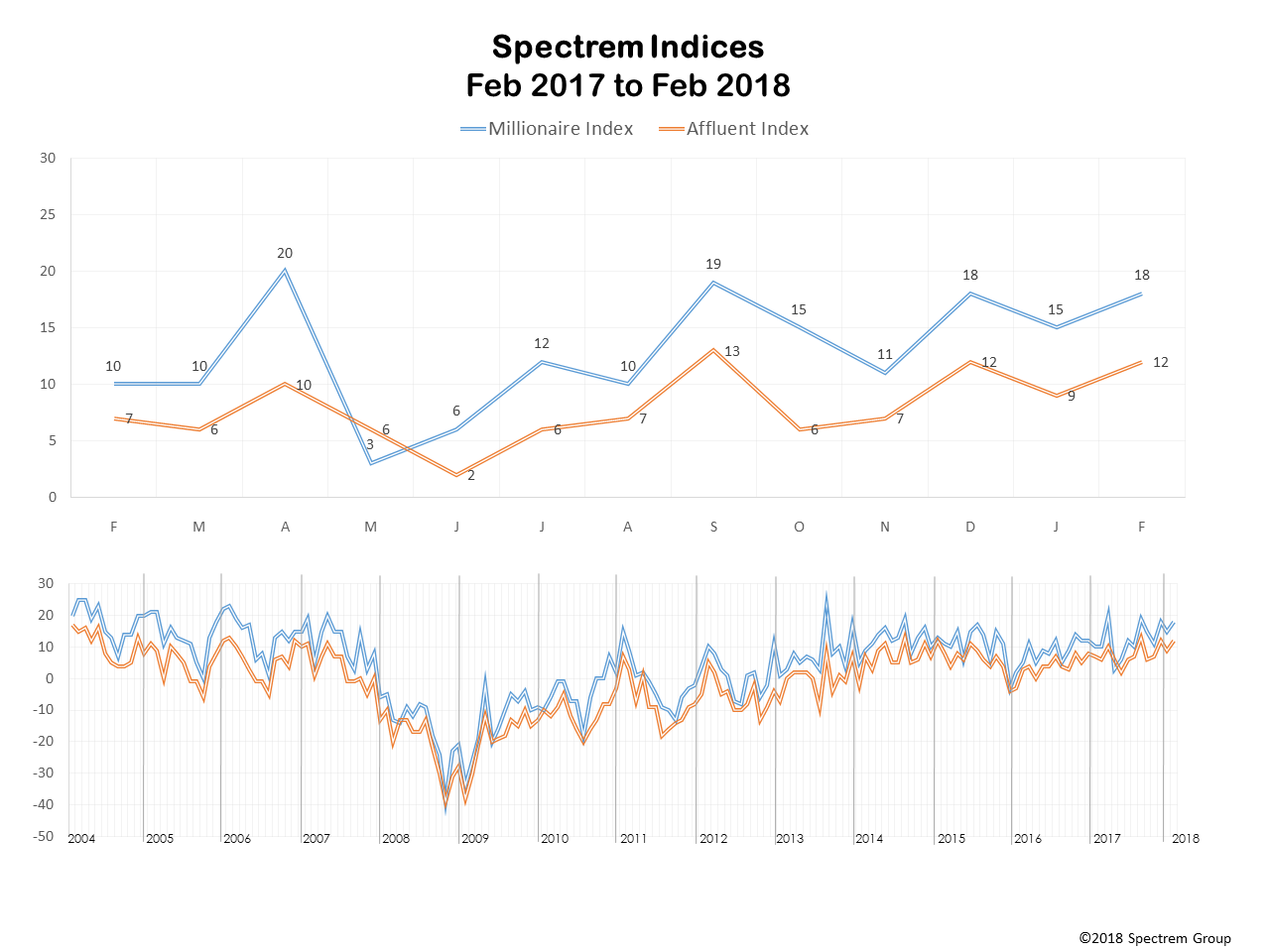 In January, affluent investors approached investing with caution. In February, they threw caution to the wind.

After a month of pulling back, the Spectrem Affluent Investor Confidence Index (SAICI) rebounded strongly in February, indicating strong faith in the stability of the current stock market numbers, which remain unusually high.

Both the SAICI and the Spectrem Millionaire Investor Confidence Index (SMICI) returned to their December 2017 levels, buoyed by strong renewed interest in the stock market and Stock Mutual Fund investing. The SAICI rose from 9 to 12 in February and the SMICI rose from 15 to 18, perhaps reflecting the belief that the new tax laws will deliver to investors the way they were promised.