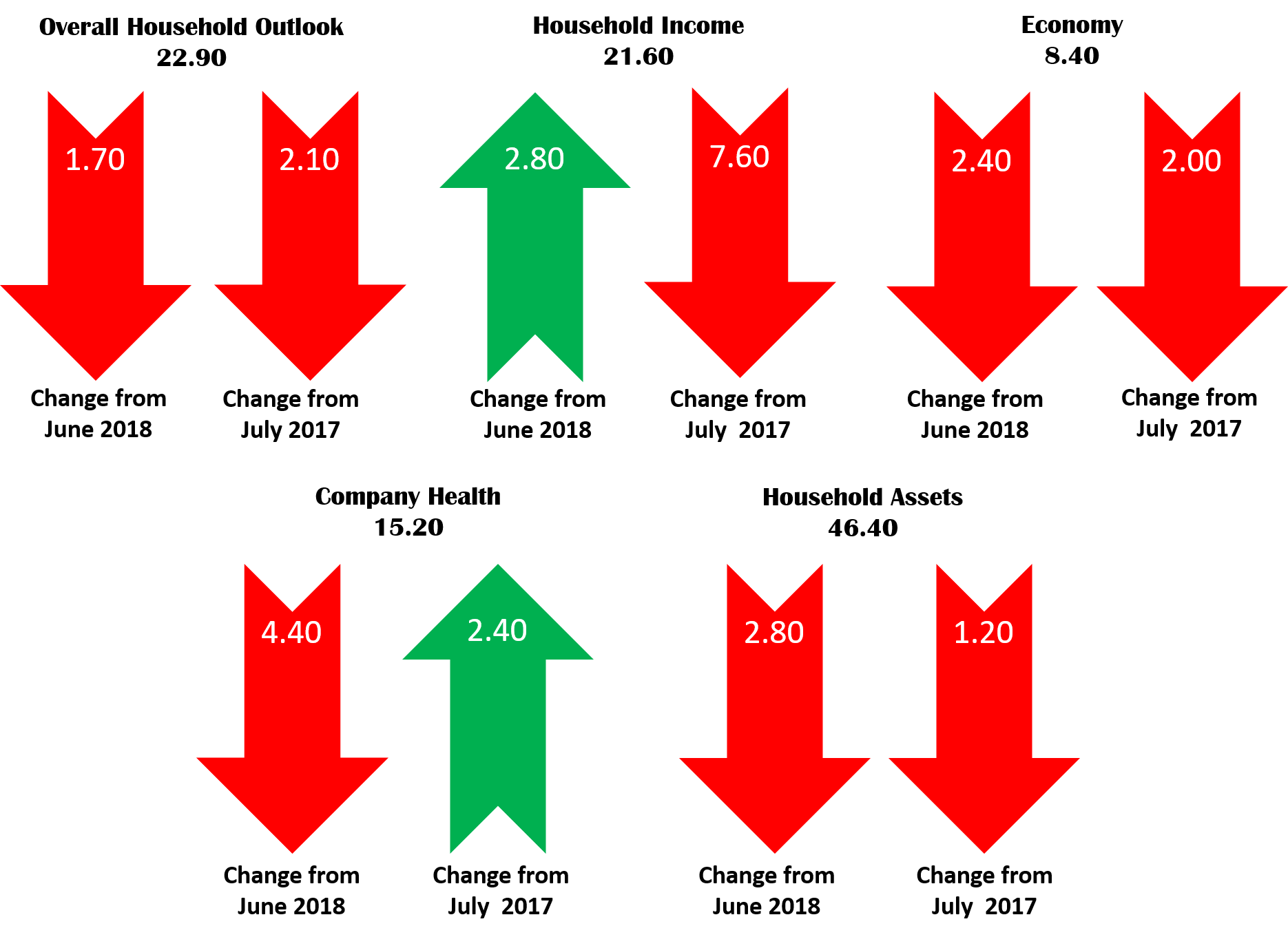 The Spectrem Household Outlook, which is designed to measure an investor’s optimism about four financial components in their daily lives, reached a 13-month low in July, as investors registered their reaction to a long series of international economic and political events.

The Household Outlook for all investors in July came in at 22.90, the lowest such ranking since June of 2017, when it came in at 19.50. Since that time, the Outlook among all investors climbed to 39.90 in January of 2018, but has reported decreases in three of the last four months.

The falling Outlook in July was due entirely to a decrease in Outlook among Millionaires, whose Outlook came in at 25.40, a drop of almost five points from June. The Outlook among non-Millionaires actually rose in July to 20.36.