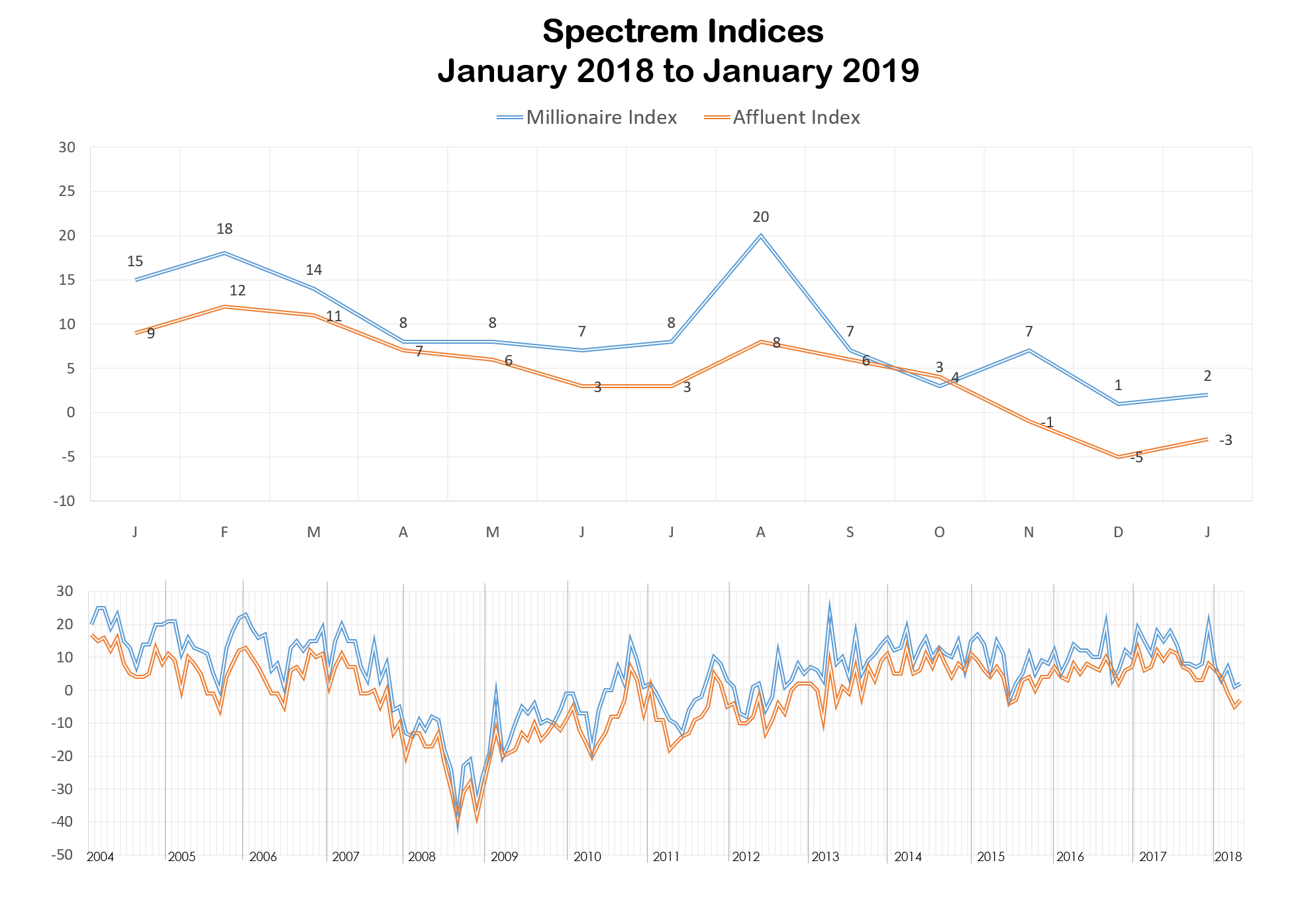 Every climb begins with a single step, and that’s what investors did in January – they took a single step out of the canyon of pessimism they were in last month.

With the federal government shut down for almost the entire month of January, investors did not know what to expect from the stock market. Continued up-and-down negotiations with China, concern over nuclear issues related to North Korea, and the economic fretting over the state of Brexit created an atmosphere of complete uncertainty for American investors.

Yet investors persisted in participating in January. The Dow Jones Industrial Average actually had three consecutive weeks of gains in the month, climbing from just over 23,000 on Jan. 2 to over 24,700 by Jan. 25. The Spectrem Confidence Index survey was conducted between Jan. 18-24, 2019, while the market was steady despite the shutdown of the federal government.

There were several indicators to explain how the indices both moved up slightly in January.

Stock Mutual Fund investing rose 4 percent to 34 percent, and those investors Not Investing, meaning those who do not intend to put more funds into investment products in the coming month, dropped from 45.2 percent to 39.2 percent among all investors.

Stock investing among Millionaires rose slightly, to 29.5 percent. But among both Millionaires and non-Millionaires, Cash investing increased as investors buffer their slightly improved optimism with the safe decision to invest in cash products.

The effect of the government shutdown on the markets is unclear, since the market actually rose during that time. It was more likely that individual news stories, some involving corporate earnings reports and others related to global conflicts and negotiations, helped the market perform in a steady fashion in January after such a tumultuous December.

Despite the tiniest improvement in the confidence indices, Spectrem’s other investor attitude measurement fell. The Spectrem Household Outlook, a measure of the long-term confidence among investors in four financial factors which impact a household’s daily life, dropped to 10.90, the fourth month under 20 and the lowest mark since October of 2016. For a reference, the Spectrem Household Outlook was as high as 30.20 just four months ago.

Among Millionaires, there was a sizable drop in Outlook for Household Income, Household Assets and Company Health. The Outlook for the Economy, which has been at its lowest level in years over the past four months, remained steady. Which is to say, still very low.