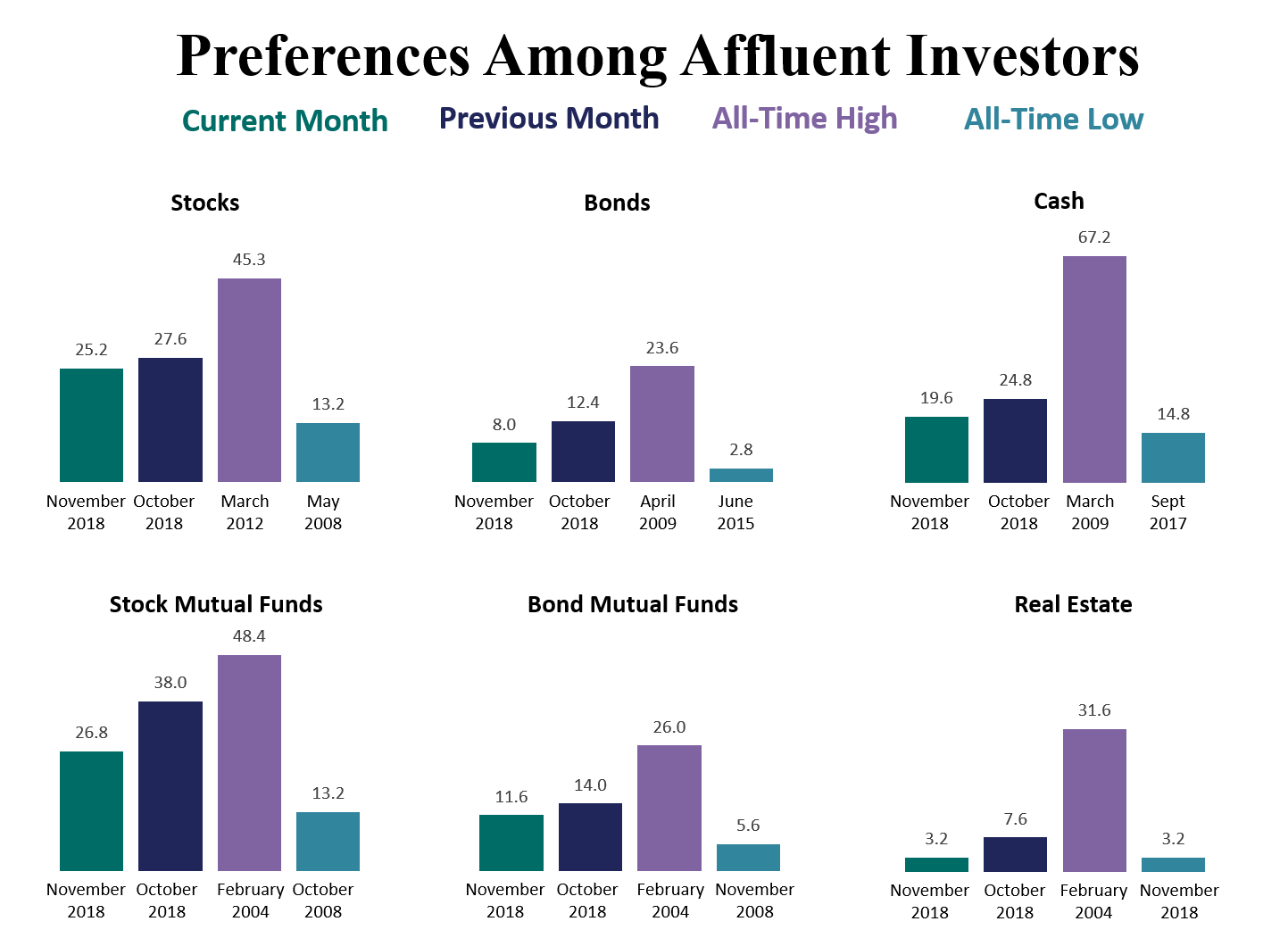 Whether it was the result of the mid-term elections or the stock market slide in late November, investors across the wealth spectrum retreated from enthusiastic investing in November, according to the Spectrem Confidence Indices.

Both Affluent and Millionaire investors backed away from extending themselves in the stock market or in other investment products, according to the Spectrem indices. For the first time in the 14-year history of the Spectrem survey, investing in every category of investment product was reduced in November by both those with $500,000 in investable assets and those with $1 million or more in investable assets.

The same result occurred in the November Spectrem Affluent Investors Confidence Index (SAICI®), for those investors with $500,000 or more in investable assets.  Stock Mutual Fund investing was halved, to 17.2 percent from 34.4 percent, reaching the lowest level of interest in the stock bundle investment since November of 2008, when the stock market was depressed due to the Great Recession.

Another indicator of investor enthusiasm, or lack thereof, is in those Not Investing, the category of investors who simply state their intention to maintain their current investment levels or decrease it. Among affluent investors, that percentage rose to 55.2 percent, the first time over 50 percent since July of 2017 and among Millionaires it reached 36.6 percent, the highest level since June of 2017.