Investable Assets By the Numbers 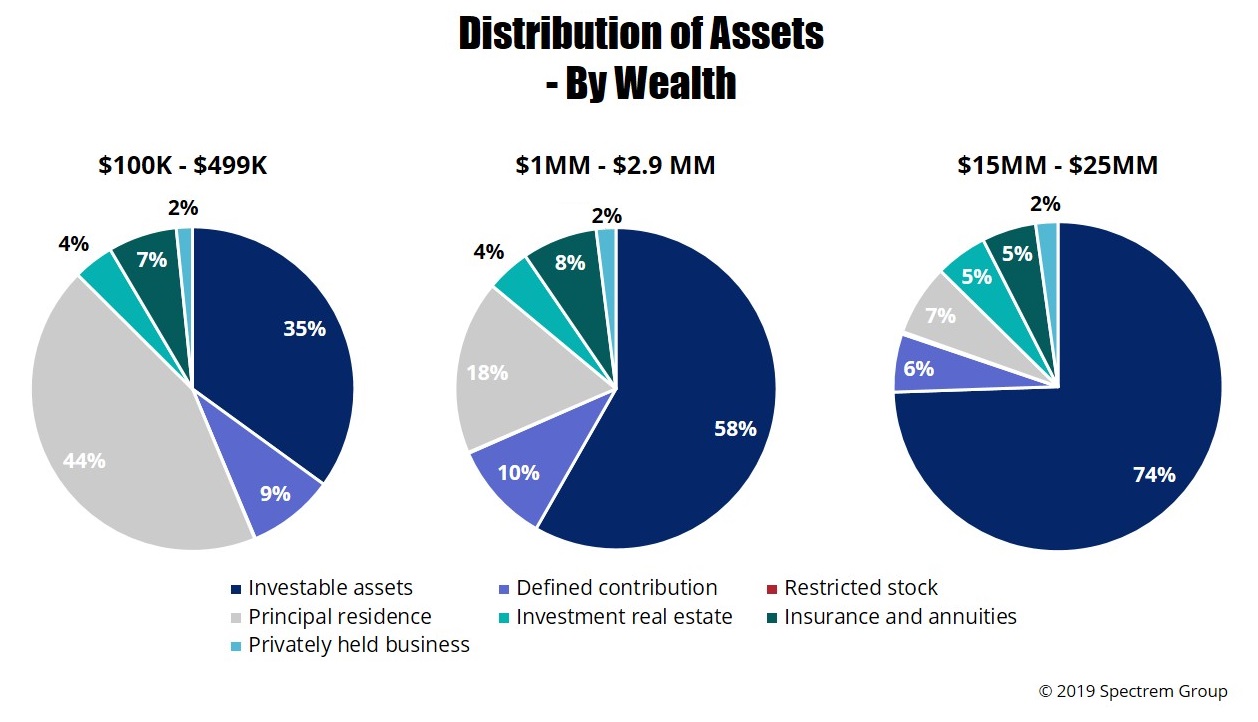 By definition, wealth relates to the amount of money a person has. Levels of wealth create different perspectives on spending, saving and investing. These are all well-known facts of personal economics.

But Spectrem’s new study Asset Allocation, Portfolios and Perceptions of Providers offers a clear look at where investors differ in some of the basic asset categories depending on their wealth level. Along with age, advisor dependency and occupation, the wealth segmentation in the study is one of the greater values in determining how investors differ in terms of wealth outlay.

There is also a bit of difference based on net worth in insurance and annuities as a percentage of total assets. The range is 9 percent of total assets for an investor with a net worth between $500k,000 and $1 million compared to 3 percent for the wealthiest investors.

The differences continue when looking at how investors distribute their investable assets based on their individual wealth levels.

The largest differences occur when considering Individual Retirement Account ownership and deposit accounts. Investors with a net worth below $3 million have 30 percent or more of their total investable assets set aside in retirement accounts (up to 34 percent for those with a net worth under $500,000) while wealthier investors have a smaller percentage but more value in their IRA accounts (the wealthiest investors have 18 percent of their investable assets in IRAs).

Deposit accounts range from 19 percent of investable assets for the least wealthy investors to just 9 percent for the wealthiest.

The Spectrem study delves further into the makeup of the retirement account investments based on type of product invested in, with a similar dive into what their managed accounts are invested in.