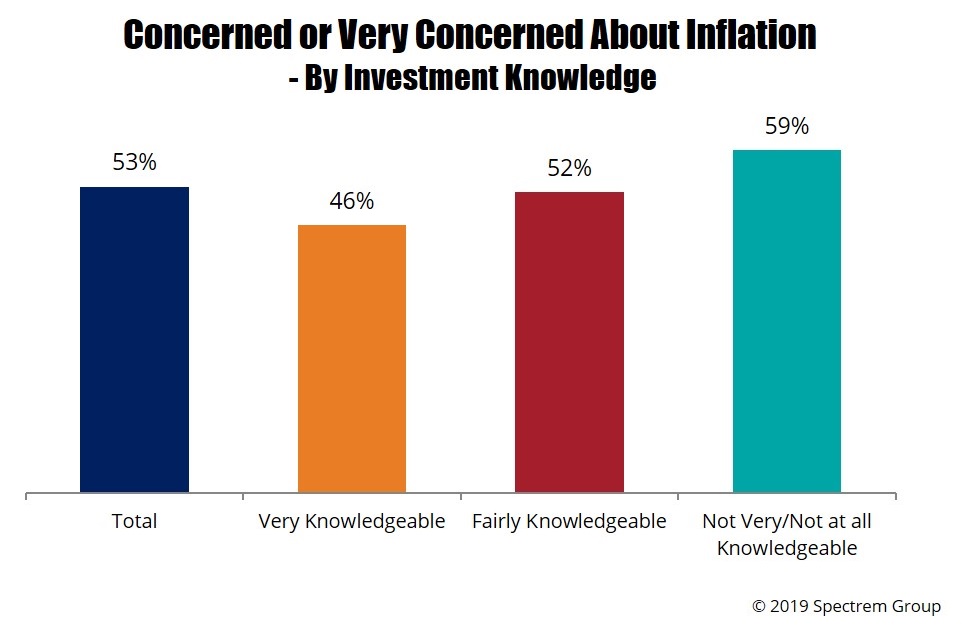 On April 23, both the NASDAQ and the S&P 500 closed at new high marks. For economists who base their forecasts on the performance of the stock market, the American economy is at one of its highest points in history.

But there is always one concern that follows rocketing stock market numbers, and that is inflation.

With low unemployment and record profits taking place for many American companies, the concept of higher prices becomes a talking point. According to CNBC, companies like Kimberly-Clark and Whirlpool have recorded earnings improvements thanks in part to price increases.

On April 23, Procter and Gamble reported growth thanks in part to increased prices.

Economists are starting to worry about inflation as a concern for investors and consumers, although that topic has not yet moved ahead of more direct household financial issues like tax increases and interest rates.

According to Spectrem’s study Evolving Investor Attitudes and Behaviors, for which research was conducted in January and February of 2019, only 53 percent of investors listed inflation as a concern. That was below the level of concern over tax increases (63 percent), and the national debt (72 percent).

Economic issues which were lower on the list of concerns in the first two months of 2019 were issues related to interest rates, such as an increase in the benchmark rate (42 percent) and low interest rate on savings (51 percent).

As might be expected, the less an investor is worth, the more inflation is a concern. For those with a net worth under $500,000 (not including the value of their primary residence), 60 percent are worried about inflation. Compare that to the 47 percent of investors with a net worth between $3 million and $5 million.

Economists say the low unemployment causes wages to rise and improves productivity, which both prompt inflation to occur. But such inflation is a matter of economic cycling and not always a cause for concern.

Another trend which increases prices across the board is that many affluent buyers are changing their buying habits, looking for more premium products, which increases spending numbers.

Also included in economic forecasts is the price of oil, which rose throughout April and could rise again due to sanctioning pressure the U.S. has threatened against Iranian oil sales.