Index Does Not Spring Forward 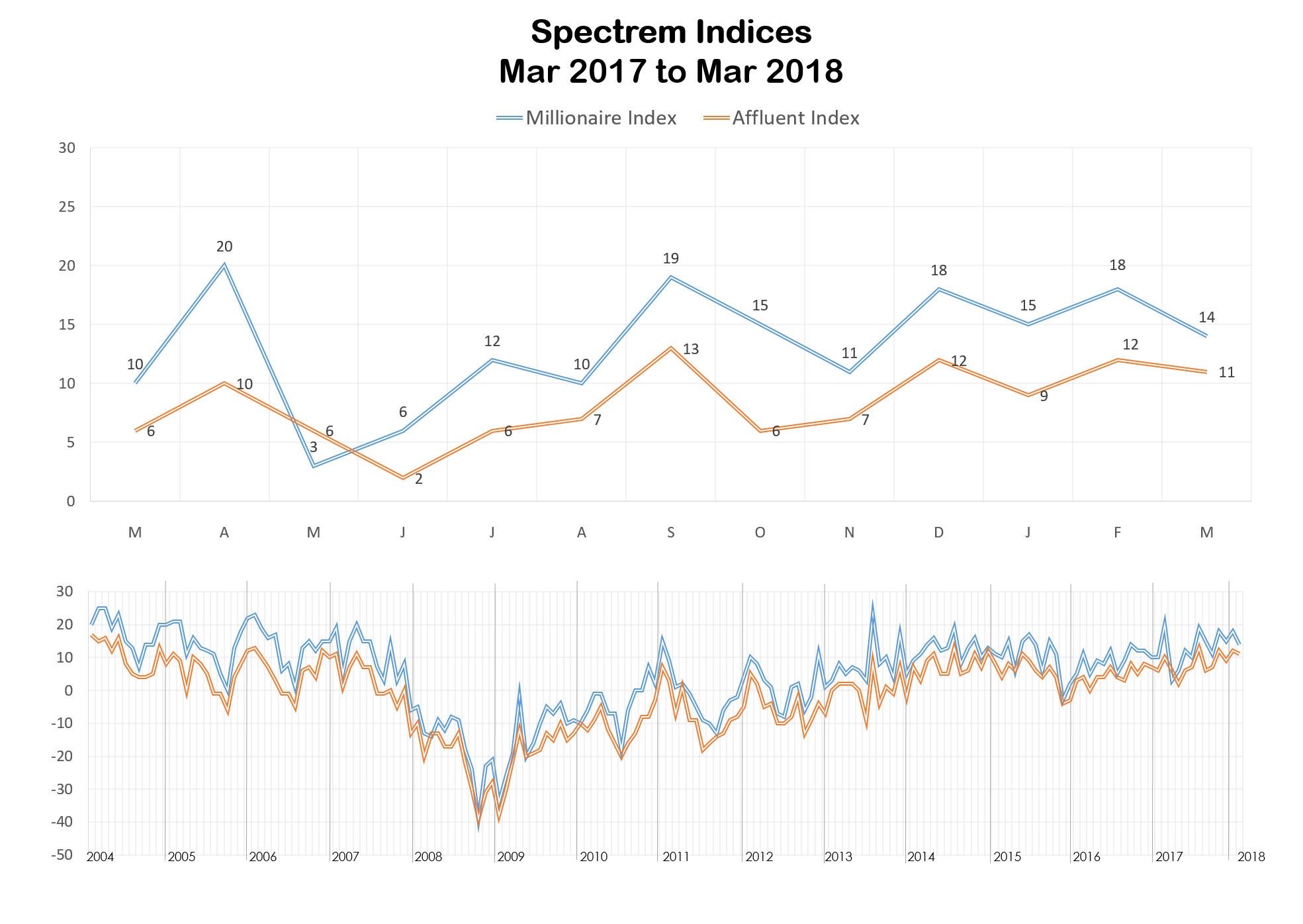 Investors hit the hooks in March, slowing their optimistic roll from February and expressing caution among all investing interests.

One month after expressing significant optimism about stock investing and the outlook for the economy, investors backed off in March. The Spectrem Affluent Investor Confidence Index (SAICI) dropped slightly in March, and the Spectrem Millionaire Confidence Index (SMICI) fell by 4 points to its lowest level since November.

Interest in Stock and Stock Mutual Fund investing fell among all investors, and among Millionaires, interest in extended Stock investing dropped from 50.7 percent to 34.0, the largest decrease since May of 2017. Conversations around the issue of trade tariffs, which send the market dropping by more than 1,000 points in two days of trading, may have impacted investor optimism in mid-March, when the fielding was conducted (March 16-March 21, 2018)

Among Millionaires, those "not investing" increased to 30.7 percent, the highest level of pulling back since September. Stock Mutual Fund investing fell by a couple of points to 42 percent, and Cash investing fell to 19.3 percent, a drop of 10 points.

For non-Millionaires, Stock Mutual Fund investing dropped almost 10 points to 30 percent after a large jump in February. However, offering one of the few positive points from the March index, "not investing" among non-Millionaires actually dropped to 36 percent, although the only areas non-Millionaires expressed increased interest was in Cash and Real Estate investing.