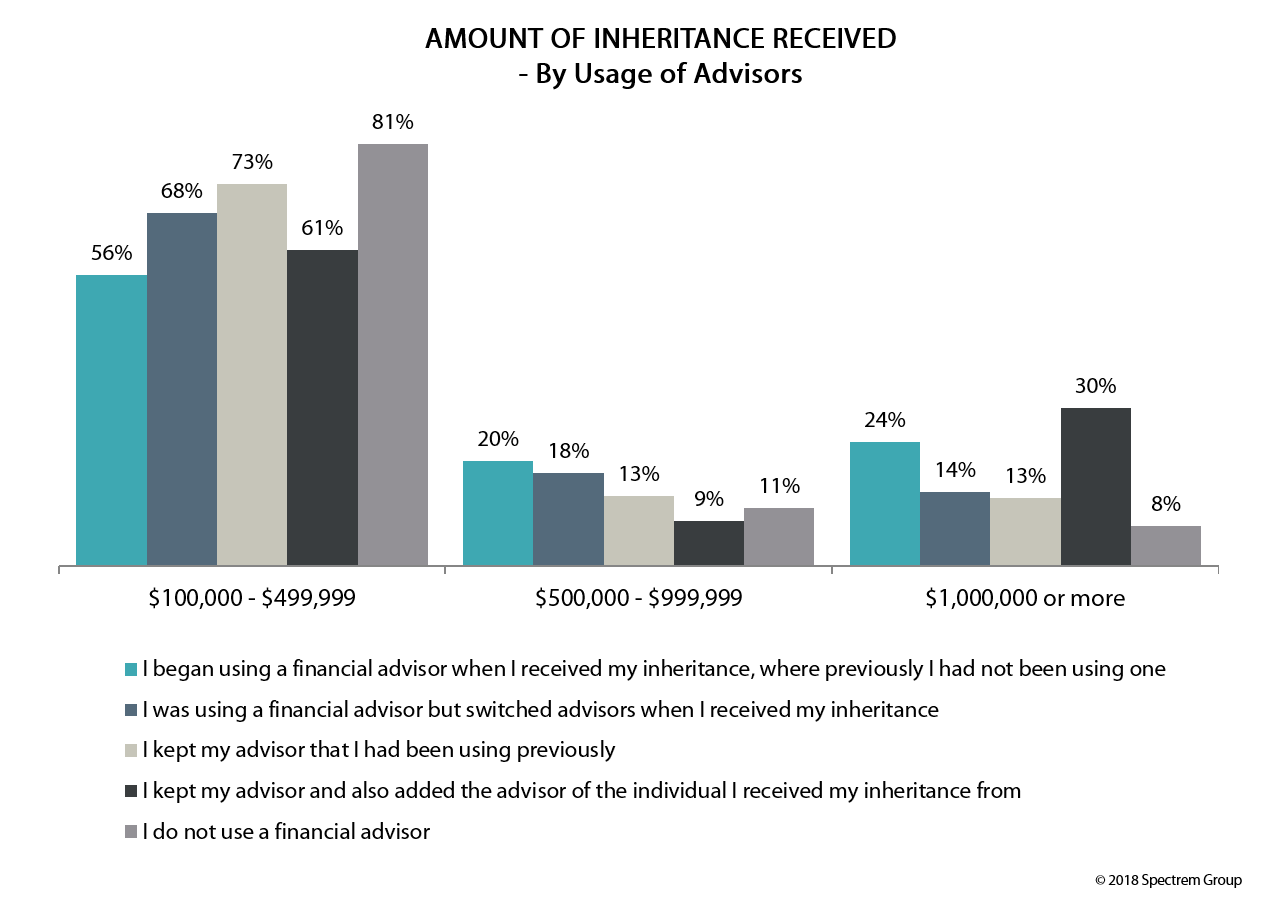 Receiving a sizable inheritance can provide relief to some and provide stability and future comfort to others. Its effect will be unique to each person who receives the lump sum, and its effect can extend beyond the inheritor to family members and friends.

For some investors, receiving a sizable inheritance can create a new need for a financial advisor, or cause investors to change or add advisors to their personal stable of professionals.

“This information is useful both to advisors looking for new clients and advisors who handle estate distribution for clients who have passed away,’’ said Spectrem president George H. Walper Jr. “Our study looks not only at how investors handle advisor usage after receiving an inheritance but also how their investments are affected by the inheritance, and how that is impacted by the advisor they are using.”

The largest segment of inheritors (44 percent) were those for whom the inheritance had no impact on their advisor usage. They had an advisor before the inheritance and remained with that advisor after, and also did not add any new advisor to handle the significant asset increase.

Four percent of inheritors switched advisors upon receiving their inheritance, and among that small group, 56 percent went out and found a new advisor while 44 percent switched to the advisor who administered the inheritance.

Is it possible to advertise to people who have inherited large sums of money? Probably not. But it is possible to advertise to people who are in line to inherit large sums of money or assets. Eighty percent of inheritors knew their inheritance was coming, and it is possible for advisors and providers to reach out to those investors who know they will someday receive a sizable inheritance to suggest they consider hiring an advisor when that day comes.

For advisors working with clients who intend to leave a sizable inheritance, it is recommended that you make yourself available to family members prior to the day the inheritance is passed on. Many investors like the idea of passing on advisor relationships along with the assets, and having a prior relationship can make for a smooth transition amidst a trying time in a family’s life.