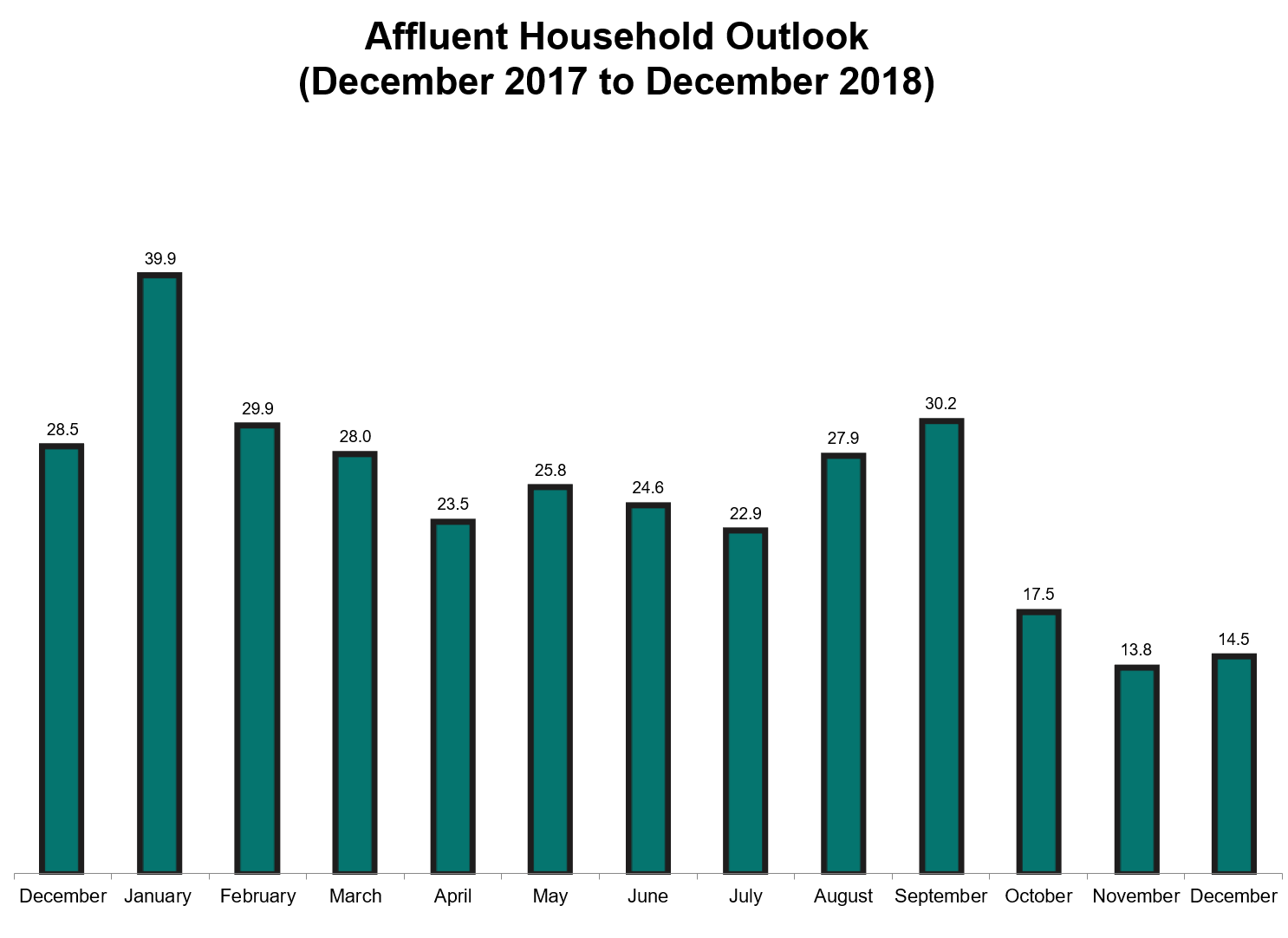 “Cautious optimism" is the phrase that best describes how investors feel about the economy and its components for the start of 2019.

The Spectrem Household Outlook, which is designed to measure an investor’s optimism about four financial components in their daily lives, rose slightly among all investors in December, from 13.80 to 14.50. But for the final three months of 2018, the Outlook was below 20, and those were the only months of the year to record such a low number.

Non-Millionaires recorded an Outlook of 11.29, also an increase from November, when the non-Millionaire Outlook was at 8.84, by far the lowest level of 2018.